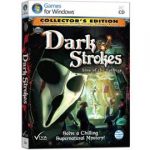 Dark Strokes: Sins of the Fathers, Collector’s Edition (Retail $9.95) is a great new adventure/hidden object game from Alawar Entertainment and Viva Media, two companies that have consistently delivered excellent titles in this genre.  The story is compelling, and will be revealed piece by piece as you uncover clues and artifacts from your past and that of your father and fiancée.  You play as Ethan Black, journeying with your fiancée, Claire, to meet up with your father in the strange town where he’s Mayor.  On the way, your train is attacked by the evil beings you’ll come to know as the Faceless Ones.  Their subsequent kidnapping of your love drives you deep into the mystery surrounding them and into the secrets of your family history.  As you find new clues to this history, you’ll be treated to intriguing, artistically rendered cut-scenes, which will reveal secrets to the mystery bit by bit. 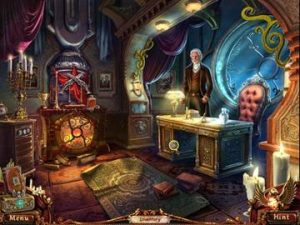 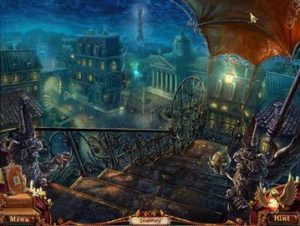 The hidden object aspect is actually a secondary component, along with different types of puzzles.  The majority of the game play is more adventure based, requiring you to explore around the environments looking for clues and items needed to solve puzzles and unlock new areas.  There is a certain amount of leeway to the order in which you can complete the puzzles, but for the most part, you are led through the puzzles and scenes step by step.  For example, in order to unlock a door, you’ll need to solve the puzzle of the locking device, and to do that you’ll need to find a lock component, which can only be discovered in a hidden object scene.  The puzzles span a range of logic style mini-games, like spatial reasoning and code breaking, and are all just challenging enough to keep your attention while not overwhelming you or making your brain hurt.  The hidden object screens themselves are interesting and unique to the area of the environment you’re in.  In each screen, you’ll find a couple items which are necessary to the forwarding of the rest of the game, so you feel a sense of purpose every time you visit one.  The variety of the 3 types of game activities keeps it from getting repetitive and boring like many standard hidden object games. 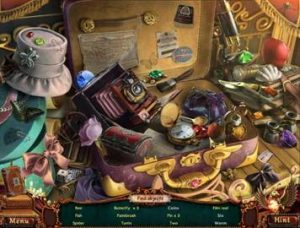 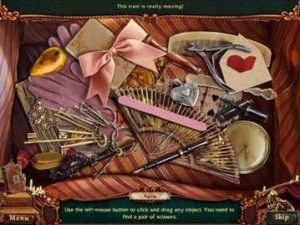 After you have completed the main story, there is extra game content that can be unlocked, as well as concept artwork and wallpapers.  If you get stuck, you can access a walkthrough of each chapter from the main menu.  There are 58 beautiful and eerie locations to discover, with 16 mini-game puzzles and 20 hidden object screens, making up about half a dozen hours of exciting game time.  You can either download the game directly from www.alawar.com, or purchase a boxed copy from other retailers.  This is not the first Editor’s Choice for either Alawar Entertainment or Viva Media, and I expect that it won’t be the last, so keep an eye out for future reviews of their titles. 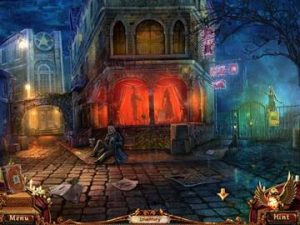 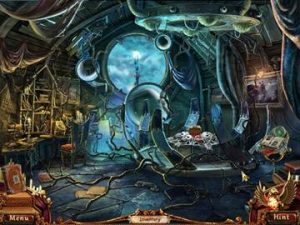