Keeping You and Your Computer Healthy 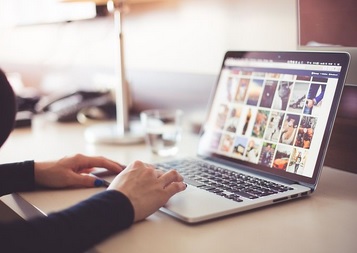 Computer Vision Syndrome
A survey conducted by Industrial Design center, Indian Institute of Technology (IIT), shows that video display terminals (VDT) or computer work is strenuous and leads to complex eye and vision problems. According to Optometry Today, a leading optometry magazine in the US, half of America’s workforce (about 75 million people) who use their computers daily, suffer from Computer Vision Syndrome (CVS).

Another study conducted by the Department of Human Factors Engineering, University of Occupational and Environmental Health, Japan, said that visual strain occurred after merely 60 minutes of VDT task, which further resulted in lower productivity. While specially coated eyeglasses and anti-glare filters can reduce glare, there are other things you can do to reduce computer vision syndrome:

Another eye ailment mentioned by many computer users is red, irritated eyes. Studies have shown a decrease in blinking rate, plus wider opening of the eyes, when using a computer. This can result in fewer tears and greater tear evaporation, thus causing dry, irritated eyes. To relieve this problem, you may want to take frequent breaks, blink more, use mild eye drops, and maintain proper room humidity.

Glick and Lacy told Newsbytes they are swimming upstream, fighting a flood of accepted CTS opinions. With the rising acceptance of computers into everyday life, there are fears an entire generation could suffer pain and physical damage. “It’s imperative this news gets out,” Lacy told Newsbytes.
Although the jury is still out on this issue, if you suffer from CTS symptoms, we recommend you test Glick and Lacy’s theory for yourself. A simple change in posture at your PC could save you a lot of pain and future expense.

While many people never acquire severe CTS symptoms, most computer users experience fatigue and cramping of the hand and finger muscles when using a mouse for long periods of time. To help with this problem, Contour Design, Inc. has produced the Contour Mouse. During our first review of this product, I was amazed at the comfort a properly sized mouse, with open hand architecture and side thumb support, can provide.  Click on the photo below for more information.

Another product that can bring you a lot of comfort is the Back-Up by Nada-Chair, a Minneapolis-based company. You can find these sold at many trade shows. We first reported on this product in 1992 when we had it reviewed by a person with chronic pain caused by a herniated disc in the lower back. He said it brought instant relief, in a drug-free manner. It is available in several styles and can instantly alleviate back pain caused by excessive sitting. Click on the photo below for more information.

The most effective way to protect your data against all of these risks is to BACK IT UP, weekly, daily, hourly, or whenever you are at a point you cannot afford to lose it. We highly recommend using a high capacity Solid State Disk drive to continuously back up your entire hard disk. This allows you to quickly reconstruct your hard disk if your files are damaged or destroyed.  Our favorite is the Seagate Backup Plus Fast STD.  Click on the photo below for more information.

To protect your computer from viruses, it is important to have an anti-virus program installed on your computer. We are currently reviewing AVG Ultimate 2017 Unlimited, which has been recognized as one of the best antivirus software packages available today. You will find our review under Featured Reviews.  For more information, click on the photo below.