Hello to all you Wizards, Witches, and Muggles alike!  A helpful owl has informed me that a brand-new adventure has been conjured for iOS and Android mobile devices, which takes talented gamers into the Wizarding World of Harry Potter.  This new app is called Harry Potter: Hogwarts Mystery, from the magicians over at Jam City and Portkey Games.  This title, set 7 years before Harry comes to Hogwarts, sees you starting out in your 1st year as a Hogwarts student.  You’ll need to make some friends and allies, complete various lessons and classes, and navigate the trials and tribulations of student life.  During your term, you’ll meet a crop of new characters, as well as some familiar faces from the movies, voiced by many of the actors who brought them to life on screen, like Dame Maggie Smith, Michael Gambon, and Warwick Davis. 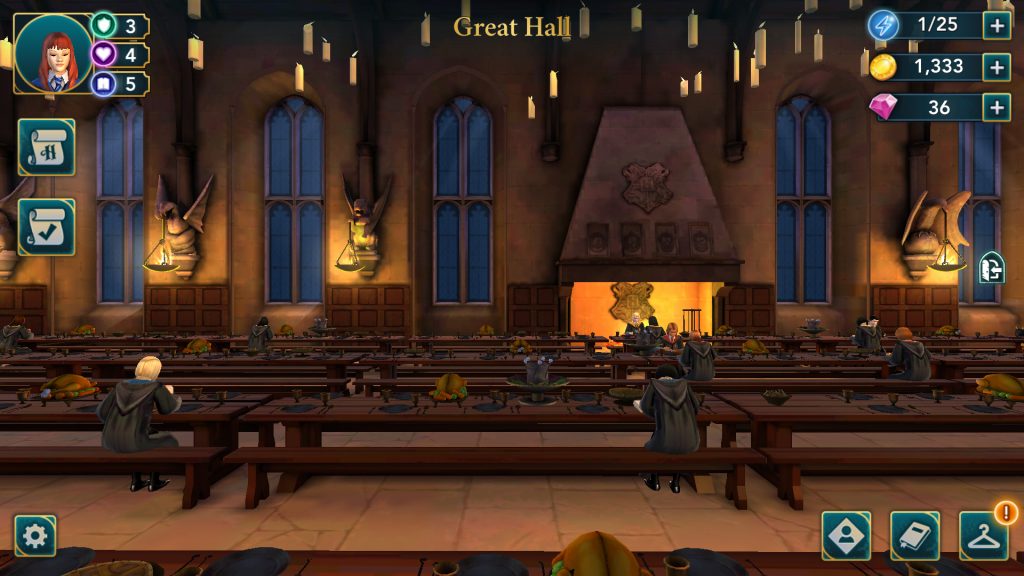 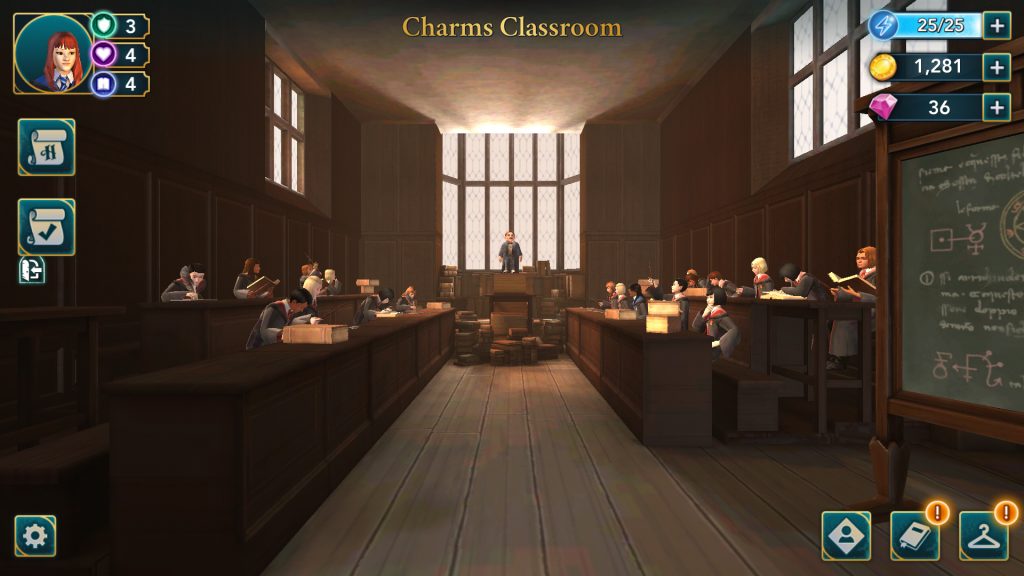 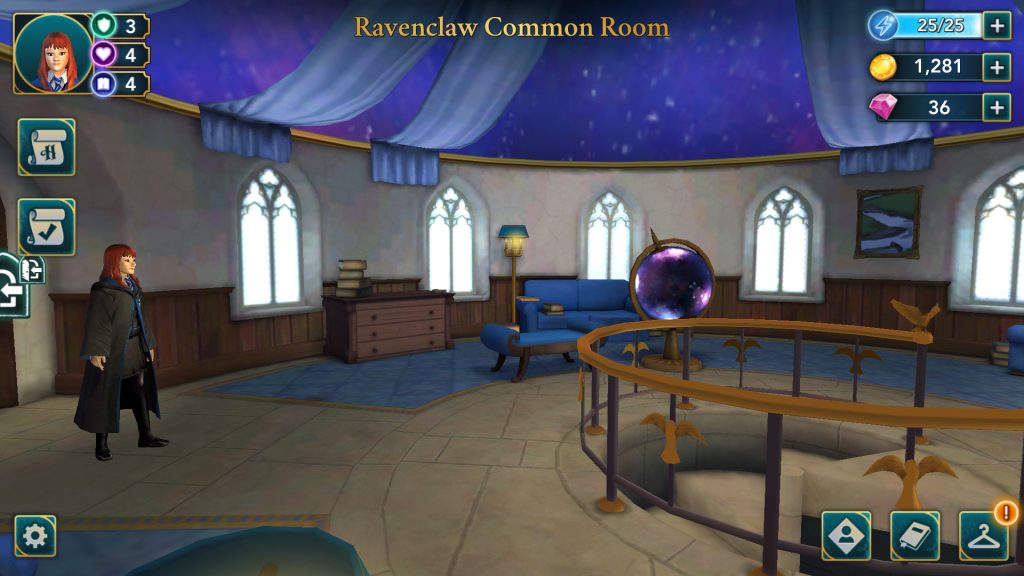 When you first disembark from the Hogwarts Express, you’ll get to customize your avatar, and choose a name.  Then, in Diagon Alley, you’ll make your first friend, Rowan, and visit Olivander’s to be chosen by your very first wand.  This area kind of serves as your tutorial, to get the hang of the touch screen controls and learn how to choose responses in a dialog scene.  The real fun starts when you reach Hogwarts itself.  You actually get to choose your own House, Ravenclaw for me, but it’s still fun to interact with the Sorting Hat.  Almost immediately after you’ve found your place in your new home, you’ll get a taste of the school bully of your year, Merula.  She’s the typical Slytherin, full of arrogance and spite, and she’ll prove to be a thorn in your side, both during and outside of classes. 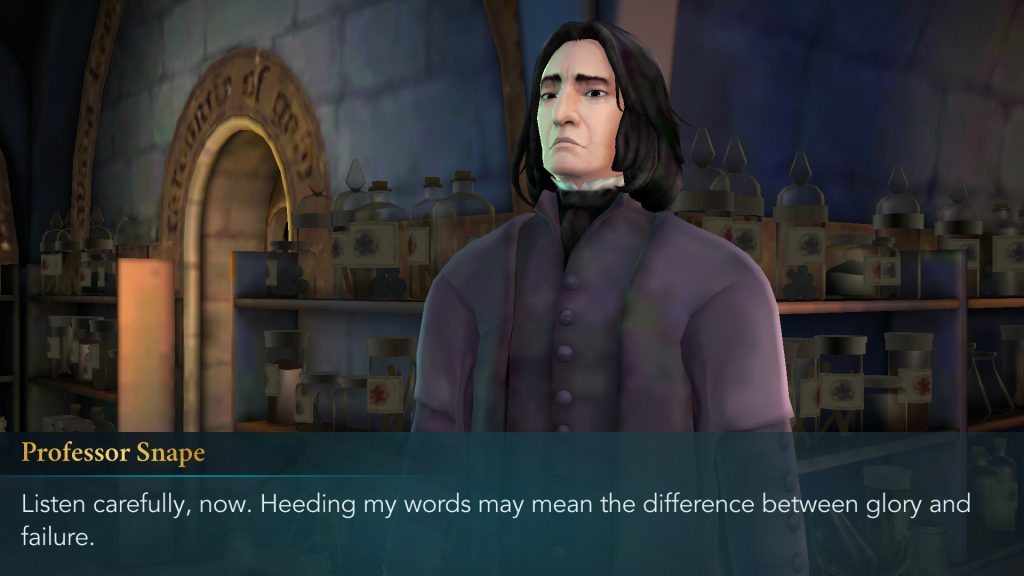 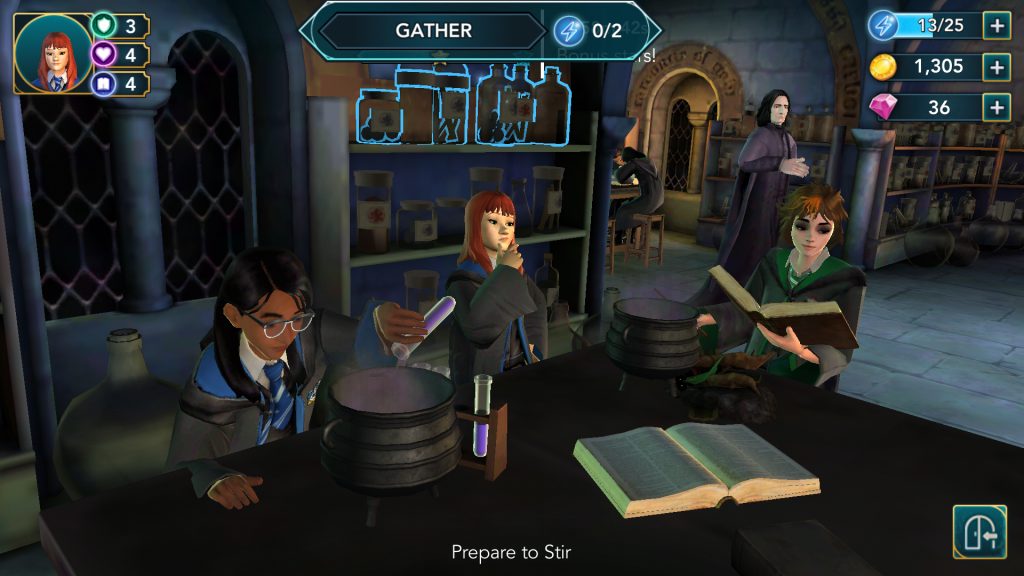 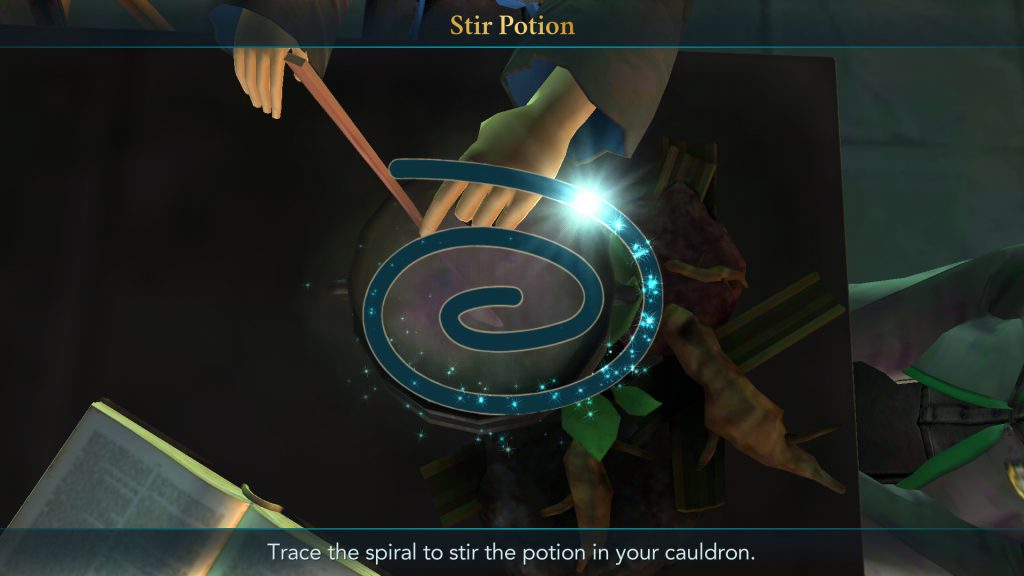 Once you’ve settled into the game, you’ll get to visit all of the familiar areas of Hogwarts, like the Great Hall, the Common Room of your House, and the Courtyard.  You’ll also get to attend classes like Flying, Potions, Transfiguration, and Charms.  During classes, you’ll need to successfully complete lessons.  This is done by using your Energy points to tap on various actions, each action adding Stars to your meter, until you have enough Stars to finish the lesson.  If you’ve chosen a longer lesson, you may have to leave the game and come back a couple times, after waiting for your Energy bar to fill back up.  Of course, you can always spend real money to refill you Energy, if you’re the impatient sort.  Each lesson you complete will not only move the story along, but also earn you spells to be used in Duels, Attribute points to level up your character traits, and Gold or Gems that can be used in the shop.  Outside of class, the other areas of the castle will generally be where you experience story-driven conversations, with teachers, friends, or Merula, and even participate in a duel or 2.  The duels are little mini-games, consisting of taking turns to choose a stance, and then either casting a spell or throwing a potion vial.  Each choice has an effect on your opponent, and the winner is the one left standing after their opponent’s Stamina has been depleted. 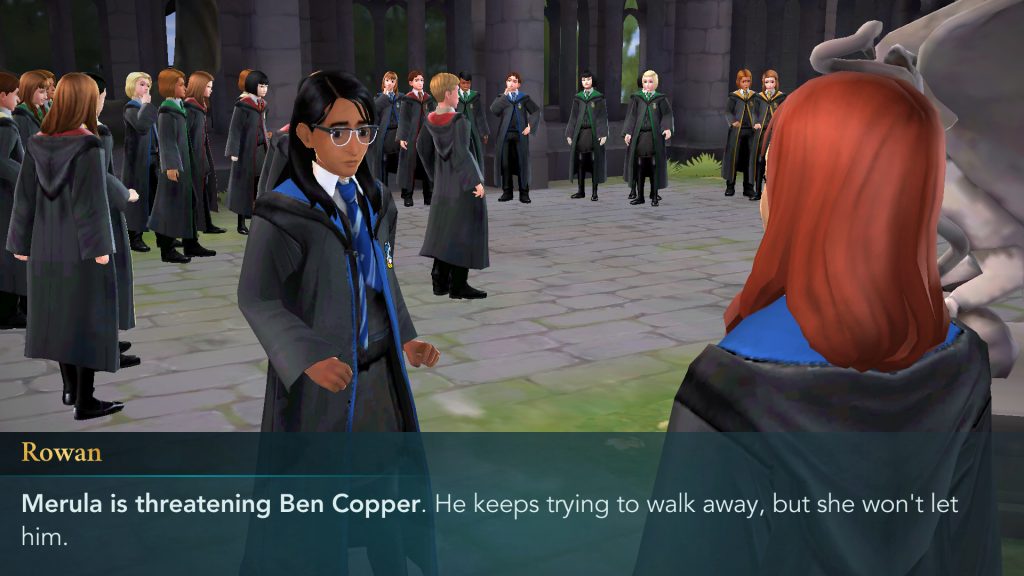 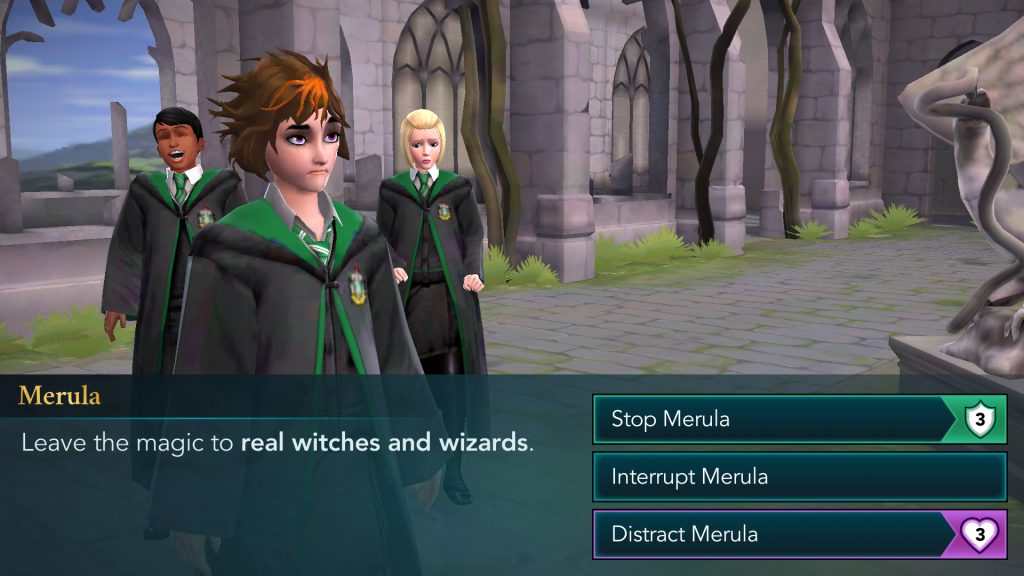 Everything in the story seems to happen in a pretty linear way, with Thing A happening before Thing B, then Thing C, etc.  In this regard, this is a bit more of an interactive story than a game.  It has game elements, but aside from winning and losing House Points towards the House Cup for certain actions, it isn’t terribly competitive.  The only options you have for the order of actions is whether to complete all of the Story sections first, or intersperse them with the Lesson sections.  I’ve completed chapters both ways, and it doesn’t seem to make a difference.  Something you DO have control over is how you get perceived by other students.  You can choose to be more passive or confrontational, obedient or rebellious, driven by your brain or your heart, and so on.  You’ll earn various Attribute points when your conversational responses align with these particular choices.

Harry Potter: Hogwarts Mystery drops you into your very first year as a Hogwarts student, but you’ll have the ability to graduate through all seven years, so there are plenty of hours (days/weeks/months) of playtime to be had.  As an avid fan of the franchise, which I’m sure you are too, it’s pretty exciting to get to inhabit so many familiar locales, and interact with all the most beloved Hogwarts residents.  If you’ve ever wanted to grab your own wand, and hop on the Hogwarts Express, now is your chance to become the newest student at the Wizarding World’s most esteemed institution.  Download the game today for iOS or Android, and let the magic begin!