I’m a huge fan of classic point-and-click adventure games, and most of them, while intriguing and challenging, pretty much follow the same formula of gameplay, which is explore, find a puzzle, find a clue or item to solve the puzzle, and repeat.  Heaven’s Vault ($24.99 on Steam), the new narrative-drive title from inkle Ltd, mixes this format up a bit by adding a linguistic element, and making the puzzling throughout the arc of the game focused primarily on deciphering mysterious ancient hieroglyphics.  There are still plenty of cool environments to explore, and an interesting storyline, but decoding the dead language is a huge component.  This appeals to me both as an adventure gamer, as well as a lover of language and history.  You play as historian and archaeologist Aliya, who, along with her strange robot sidekick, Six, must find and translate fragment after fragment of the forgotten tongue, while traveling between many exciting and beautifully hand-drawn locations, filled with diverse architectural elements, and interesting local characters. 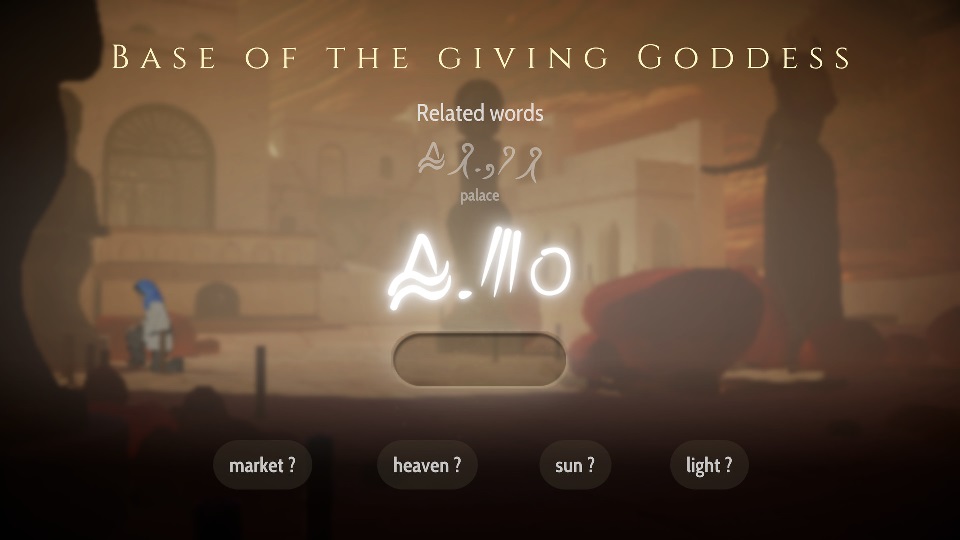 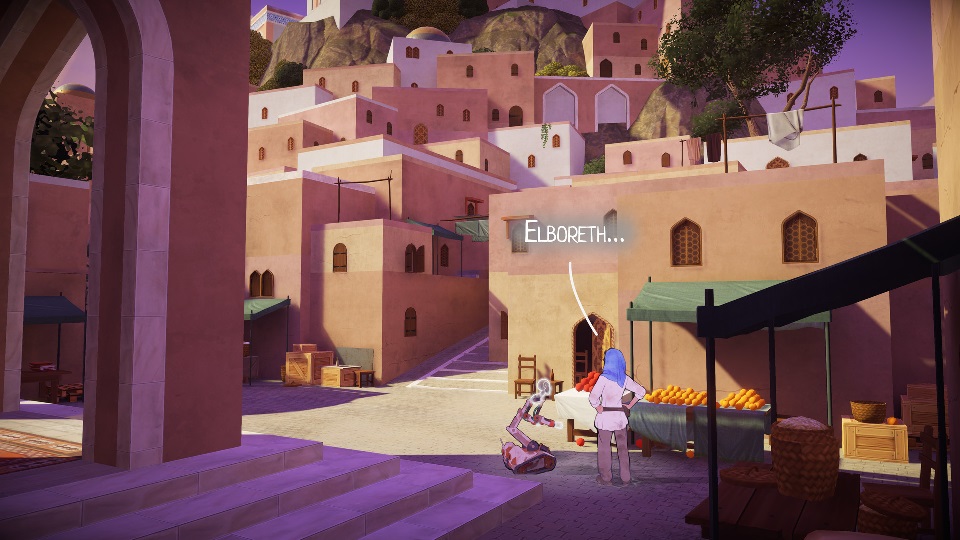 Aliya and Six will be travelling around the Nebula, a cloudy, interstellar region, filled with a wide collection of planets.  You’ll need to pilot Aliya’s ship through the cloud streams to visit each, which some players are finding to be a relaxing experience, but makes me a little anxious.  I’m happy that the creators have added a Quick Travel feature to their recent update, for players like me who want to skip this part and just get to my destination.  Your purpose in travelling around the Nebula is given to you by the headmistress of the University of Iox, where Aliya went to school.  One of their resident scientists has gone missing, and Aliya will need to retrace his steps, by finding clues hidden in the fragments of that mysterious lost language, and uncovering his whereabouts and what transpired to make him disappear.  In each new location, you’ll need to speak with the inhabitants to learn about the area, as well as any ancient secrets, find and translate any hieroglyphs you come across, and hopefully get an idea where to search next. 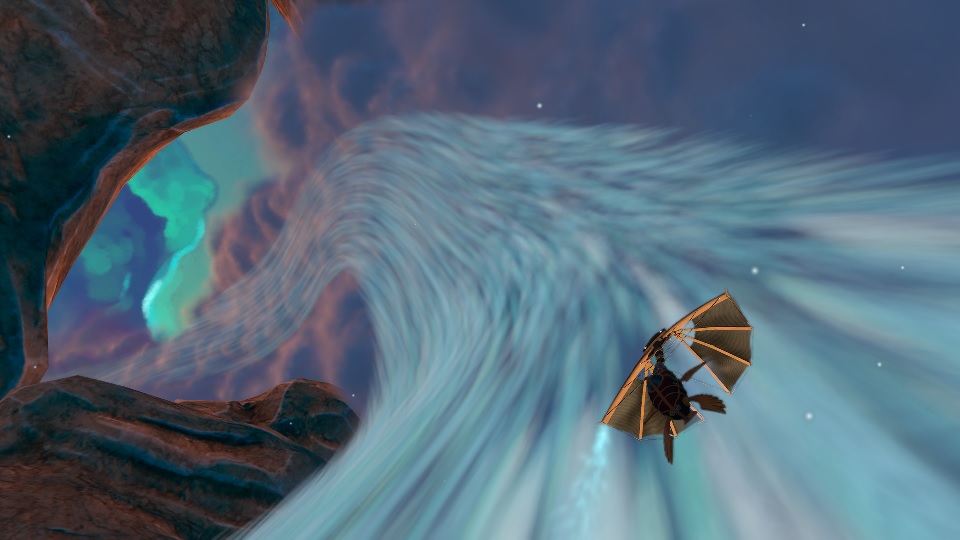 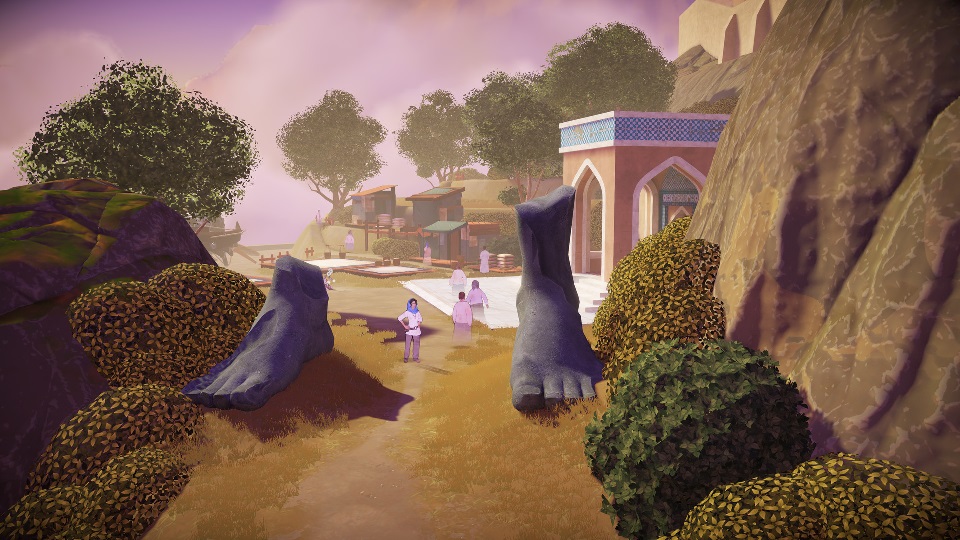 Heaven’s Vault puts the trajectory of the story in the player’s hands, by letting you explore and progress in the game in a non-linear fashion.  You get to choose where you go, and in which order, with multiple locations opening up to you at the same time.  The game is adaptive to your choices, and the narrative will flow around them.  The reactions of the characters you meet will also change with your choices, adjusting their words or attitudes based on how you present yourself and what actions you take.  This is a very conversation heavy game, so be prepared to read and make a lot of conversational choices, remembering to think before you answer, because each conversation will have lasting consequences.  Most conversations will give you as much time to think about your responses as you need, but some, mostly with Six, have a very short reply window, and I find myself missing my chance to engage with him sometimes.  If you’re not a speed reader, or quick thinker, this can get annoying.  Your correct or faulty translations of language fragments may change the trajectory of your story too, as these fragments serve as clues to the paths you might follow, and a flawed translation may set you astray.  I find this slightly annoying, because you have no idea whether your translations are correct or not, since the story adapts to your ideas, and it is difficult to prove your accuracy one way or another. 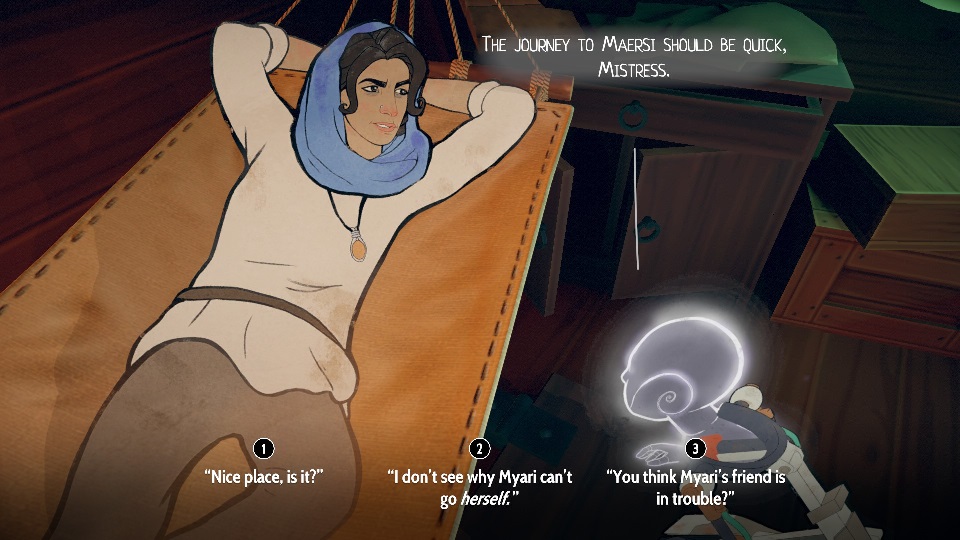 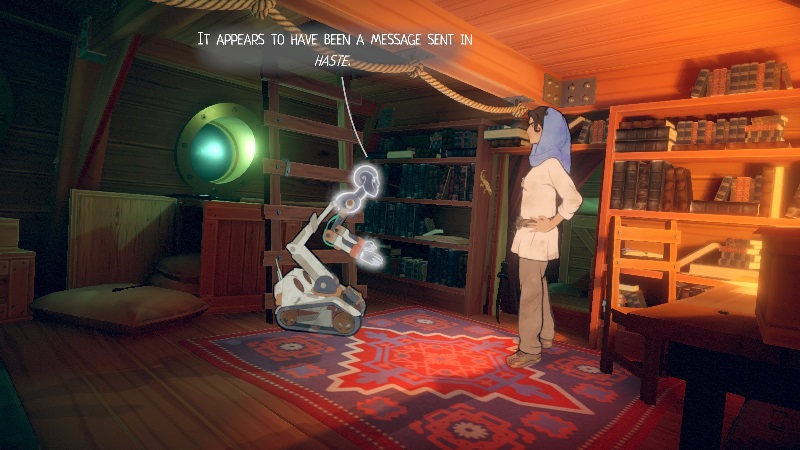 Since the game is partly focused on discovering the history of the world you’ve stepped into, a feature I found to be pretty great was the Timeline.  At the bottom of the screen, you can always access this chart of important events, both in the history of the Nebula, and Aliya’s personal history.  It’s a little odd to read about past happenings before even meeting characters that they reference, but it helps to give you a little insight into who Aliya is, and how she might be expected to react to certain people and situations, helping you make choices consistent with her personality.  It is also nice to be able to get a more in-depth look into the past eras of the Nebula, especially in the beginning when little information is directly given through exposition, like how robots used to live freely alongside humans, and how the Nebula was colonized and settled.  You can use insights from the Nebula’s history to help you reconstruct the ancient civilization of the various ruins you come across, and how that history may be having an effect on the present and future world. 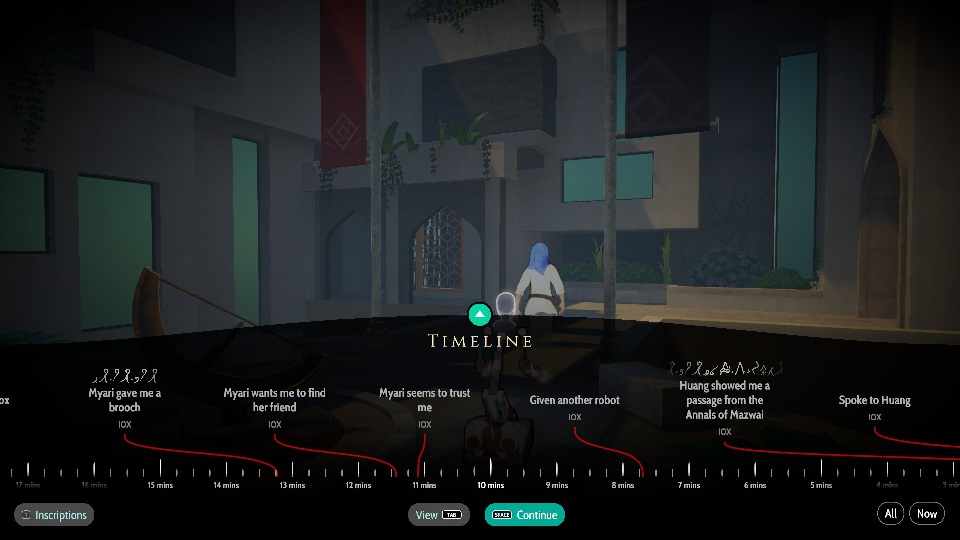 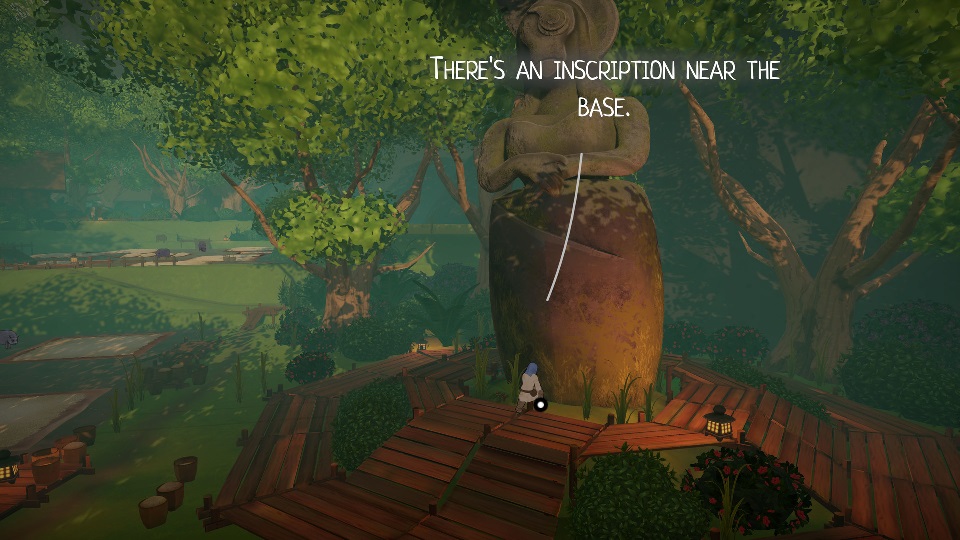 Heaven’s Vault has its little quirks that I don’t prefer, but overall, it’s a title I’d recommend.  I enjoyed the hand-drawn graphics, and the chance to decode a cool looking ancient language.  The fact that the game developers based it on actual existing languages is a neat fact too.  The pacing of the game is slow at first, but many adventure games are, until you really get into the meat of the story, and start uncovering various paths to embark upon.  If you like your adventuring to lean more on the conversational and informational side of things, and rely less on the logic puzzles and finding hidden mechanisms kind of elements, then this will be a perfect title for you.  It released on Steam and PS4 a couple weeks ago, so head over to whichever of these is your preferred platform and check it out.