Heaven’s Vault is a narrative-drive adventure title, that mixes up the classic point-and-click adventure style with a linguistic element, and makes the puzzles focused on deciphering mysterious ancient hieroglyphics.  You play as historian and archaeologist Aliya, who, with her robot sidekick, Six, must find and translate fragments of a forgotten tongue, while traveling between many exciting and beautifully hand-drawn locations.

Square Panda is an educational learn-to-read playset, for kids ages 2-8, which includes a tablet-connected letter board, 45 sensor-enabled plastic letters, and 11 fun and diverse reading games.  It’s like the tech version of playing with magnetic letters on the fridge door.  I loved those as a kid, and I loved playing with Square Panda as an adult.  Fortunately, the 2 young kids that helped me review this product loved it too.

Mage’s Initiation: Reign of the Elements, from Himalaya Studios, is an old-school RPG/Adventure game.  Set in the fantasy realm of Iginor, you play as D’arc, a soon-to-be Mage who is about to take his final steps to becoming a fully initiated magic user.  When a sinister plot emerges that could disrupt D’arc’s future, can you stop the coming tide of darkness before chaos rules the world?

Little Dragons Café, from Aksys Games, is an adorable harvesting quest game, with the added fun of raising a pet dragon from an egg.  The hand-drawn look of the graphics is very charming, and the gameplay is super casual, with no violence or heavy conflict.  Leisurely explore the lovely world around your café, harvest ingredients for your meals, cook some recipes for your customers, and feed and play with your dragon.

The Conjuring House, from RYM Games, is a horror survival game, which takes you into the world of The Conjuring franchise.  Trapped inside the creepy Atkinson house, you must find a way to escape the murderous, demonic woman who prowls the halls.  Shadows loom, growls echo, and you never know when your fears will become reality and start chasing you through the house.  Run and escape, or be caught and die.

Lamplight City, the new, retro-pixelated detective adventure from Grundislav Games, puts you in the well-worn shoes of a hardened Victorian private investigator, Miles Fordham.  Guilt-ridden over the death of your partner, Bill, and disgraced after being fired from the police, you must endeavor to find the criminal responsible for your losses, while simultaneously solving a string of seemingly random crimes.

Tiny Hands Adventure is a cute new 3D platformer game, from Funware and Blue Sunset Games.  Help the adorable little T-Rex, Borti, as he runs, jumps, and battles his way through lanscapes filled with all sorts of obstacles.  His ultimate goal is to find ways to enhance his short T-Rex arms with cool tools, to make them a more useful length.  If he can beat all of the challenges set before him, he’ll achieve his long-armed dreams.

Unavowed is an urban fantasy adventure, from Wadjet Eye, available on Steam.  The retro, hand-drawn graphic style, and conversation-rich game-play, harken back to the heyday of classic adventure games.  It delivers on nostalgia, as well as providing an intriguing storyline, complex characters, and witty dialogue, all set in a dark and gritty New York City, overrun by demons and ghosts.

Disney Heroes: Battle Mode is an incredibly fun 5-on-5 team battle and RPG game, starring a bunch of your favorite Disney and Pixar characters.  A mysterious virus has infected the game world, creating glitching, evil versions of each character.  Starting with just Ralph and Vanelope, you’ll need to form an increasingly powerful squad of Heroes in order to fight back this virus and clear it from all areas of the game world.

Adventure Escape: Haunted Hunt, from Haiku Games, is an entertaining and challenging adventure game, where you have to make your way through a Victorian mansion, room by room, exploring each environment to find secret codes, useful items, and keys to unlock the door to the next room.  It’s a mobile version of the classic point-and-click style adventure game, combined with elements of an escape room title.

Meow Match, from Ember Entertainment, is a mobile Match-3 game, featuring a bunch of adorable kittens to collect, and a handful of cat-friendly environments to decorate.  Your Aunt Belinda’s back yard is a bit run down, and her herd of cats has wandered off to greener pastures.  You’ll need to spruce the place up, with the help of her most loyal kitty, Cosmo, and lure the other cats back home.

Harry Potter: Hogwarts Mystery, from Jam City and Portkey Games is a magical adventure for iOS and Android.  It takes place 7 years before Harry comes to Hogwarts, and lands you right at the start of your 1st year as a Hogwarts student.  You’ll need to make some friends and allies, complete various lessons and classes, and navigate the trials and tribulations of student life.  Explore the familiar grounds of Hogwarts, and meet beloved characters from the movies.

The House of Da Vinci, from Blue Brain Games, is a beautifully rendered 3D puzzle game, recently launched on Steam.  It’s set in 1506 Florence, at the height of the Renaissance, in the network of connected, secret chambers of Leonardo Da Vinci’s library and workshop, and is more of an intricate, multi-environment, 3D escape room, than the traditional point-and-click adventure game that it looks like.

Conarium is an eerie, engrossing, psychological thriller, from Iceberg Interactive and Zoetrope Interactive.  It’s set in an abandoned Antarctic research base, which hides some dark and dangerous secrets beneath its facade of science.  This reality-bending game pays tribute to the much-loved works of H.P. Lovecraft, and is the perfect game to download just in time for Halloween.

Middle-earth: Shadow of War is a free-to-play mobile variant of the PC/console game of the same name, by Warner Bros. International Enterprises.  The mobile title is your standard hero collection, team building, arena battle game, with some light RPG elements.  If follows the same basic story concept as the console version, so it could be either a companion app to the console game, or a stand alone experience.

Futurama: Worlds of Tomorrow, from Jam City’s TinyCo and FoxNext Games, is a fun game app that brings together several game genres, all wrapped in the cool, quirkiness of the Futurama cartoon world.  This game is equal parts city building, choose-your-own-adventure story, arcade style combat, and space exploration.

Pirates of the Caribbean: Tides of War is a fun new city building style mobile game, from Joycity and Disney, available for free for both iOS and Android.   I’m not typically a huge fan of the city building genre, but for some reason, adding in the Pirates element makes this game so much more enjoyable than the usual farmers, medieval knights, or cavemen clans do in other titles.

Barrow Hill: The Dark Path 10 years ago, the point-and-click adventure thriller, Barrow Hill: Curse of the Ancient Circle, gave us a chilling story of missing locals, pagan rituals, and a mysterious force living inside an ancient stone circle in Cornwall.

Minions Paradise I love Minions!!!  My newest way of enjoying these adorable little yellow creatures is with the mobile game, Minions Paradise, from Illumination Entertainment and EA Games.

Pop! Slots PlayStudios, the makers of myVegas, a slot machine game for Facebook and mobile, has added another great mobile game app to their lineup. POP! Slots, a free to download app, continues the virtual slot machine fun of the myVegas games, while adding new and exciting community elements and slot titles. 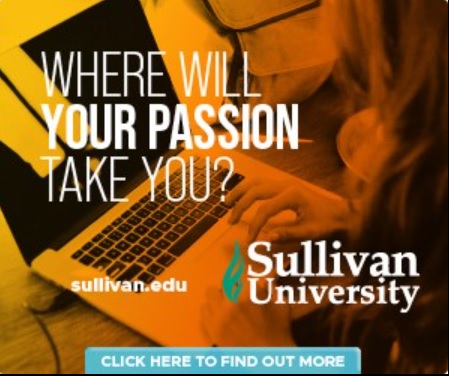