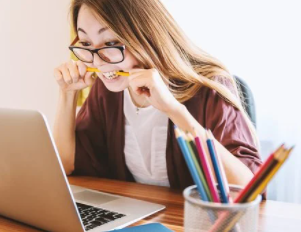 Brands today spend billions on influencer marketing each year, with recent estimates suggesting that global influencer marketing spend tripled between 2017 and 2020, growing from three billion to $9.7 billion in the three years alone. Yet, instead of focusing entirely on those celebrity influencers with millions of followers, what if influencer marketers were able to re-adjust their focus and look at those online users that are more apt than normal to enthuse about products or services they like online? Micro-influencers, if you will. Or even nano-influencers, perhaps. After all, we all know these people within our friends, family and social groups. But how might brands and marketing agencies go about finding them en masse?

A few months ago, I spoke about the enormous potential of the ‘ad-filtering’ bucket of online users and more specifically Acceptable Ads users: those who are tired of being distracted with invasive online ads but understand the critical importance of ads for the sustainability of a free Internet ecosystem. These users, some 200 million strong, see fewer ads, and those ads they do see are less invasive. The critical point to note is that this audience is more ‘ad aware’ and cognizant of the value exchange between advertisers, content publishers and users who sustain the free and open Internet. Yet, according to data from GlobalWebIndex (GWI), another particularly interesting feature of these users is that compared to the ‘standard’ bucket of online users, they are more likely to talk about the stuff they love (or hate) online with others.

Hence, we feel this more ‘ad-aware’ segment of online users, previously undervalued in many ways by the advertising industry, could well offer marketers and brands something extra (in addition to being more open to well-targeted and nonintrusive online ads). This is because, if Acceptable Ads users are more likely to talk about and recommend services and products to others in their online networks, marketers could well be better off treating these users as organic influencer marketers, rather than spending millions on a single influencer that will reach a mix of standard and ad-aware users. After all, let’s say that you can successfully hit 1,000 organic influencers, each of whom would share the message about your service or product within their small but engaged online networks; the value of that positive word-of-mouth soon adds up!

With total media ad spending worldwide expected to rebound to pre-pandemic levels and hit $691.50 billion, there is an abundance of evidence to suggest advertisers may be better off re-adjusting their focus and looking at that segment of ad-filtering users to enthuse about products or services that they like online.