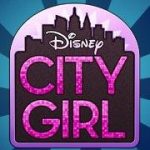 It’s been 2 months since EA killed The Sims Social, which was arguably the best simulation game on Facebook.  For millions of addicted players who set up house in that world, this has been a very long summer of enforced exile.  As a fellow addict, I spent that time scouring Facebook for something to fill the void, and came across a dazzling oasis from the fabulous people at Disney.  Their game, City Girl, has all the elements that you and I loved about The Sims Social, with some new conveniences that we all wished we’d had from the start.  So for all of you gamers who need that simulation fix, but don’t really want to farm, or dig, or play with dragons, come on over and make a new home with City Girl. 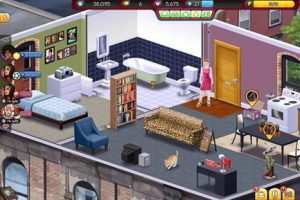 There are many aspects of City Girl that will seem very familiar to you, making for an easy transition into this new world.  You customize the look of your avatar girl, with hair, eye color, clothes, name, etc, and start completing quests with her.  You’ll get a new downtown apartment to fix up and decorate for your “mini-me,” and have the chance to move up into nicer digs as you level up and gain experience and cash.  The quests will be given to you by your game provided friends, and consist of doing actions in your apartment, or at a friend’s apartment, crafting items from various household devices, or going shopping in one of the fabulous boutiques.  You must keep all of your avatar’s needs fulfilled to remain “Dazzling,” in order to win more money and collectibles after performing an action.  Sound familiar?  It should, though you’ll find your needs must be met far more often than in the other game.  Each week or so a new quest string is added, usually with a different theme, like Western, Sci-fi, or Italian Holiday, and you have the chance of winning a special reward by completing the entire quest string.  You earn experience points, coins, gems, and collectibles as you perform actions.  Experience points help you level up, collectibles help with quests, and gems and coins are used to purchase clothes and furniture in the shop.  You can also use gold to purchase some things, or to help finish a difficult quest. You get gold from either purchasing it with real money, completing certain quests, or sometimes from prize wheels. 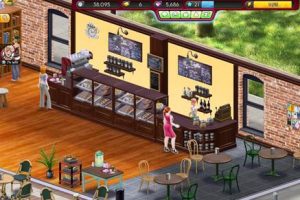 Alongside all the familiar similarities come a number of differences as well, some surprisingly wonderful.  For instance, if you complete a short quest in the Café each day, you get a free spin on the prize wheel, where you can win clothing, furniture, gems, coins, or gold.  You’ll also occasionally get a free spin on one of the premium themed prize wheels from a link within an email or on your Newsfeed.  The quests are easier to complete than in the other game, and don’t require you to have a dozen friends playing in order to finish them.  If a quest asks you to visit 3 friends’ houses, and you only have 1 friend playing, you can just visit that 1 friend 3 days in a row.  The same goes for requesting multiple items.  Instead of only being able to ask each friend for 1 thing each day, you can ask for as many things as you want.  So if a quest requires you to have 7 laser pointers, you can ask your 1 friend for them all at once, instead of waiting a whole week to get them.  On the other hand, there are also some absences that I miss from The Sims Social, but perhaps we can hope to see them as additions to future game updates.  One of these absences is the ability to customize the structure of your avatar’s house, like changing the doors and windows.  Also, the focus in this game is very much on clothes, and it would be nice to have a larger variety of other things to buy, like decorations that fit the theme of the quests.  However, the fantastic differences balance out the not so fantastic, and this is a very satisfying title, both for displaced The Sims Social fans, and well as player totally new to the genre.

Disney’s City Girl is a great game on its own, as well as the best substitute for the widely missed The Sims Social.  Even though, as the name would imply, it only caters to half of the potential simulation gamers on Facebook, it has gathered over 1 million players.  Of course, if male players would like to shop for dresses and gab to their gal pals, they’re more than welcome to join in the fun, but the target audience is definitely female.  I have fully enjoyed helping my avatar eat gelato in Venice, write poetry in her apartment, and recently acquire an adorable orange tabby cat.  Make City Girl a part of your own online life, and you’ll step into an exciting, and perhaps familiar world of friends, quests, decorating, and fun.