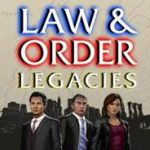 Over the years, Telltale Games has brought a wide variety of awesome games to your computer screen.  Now, they are tackling one of the greatest franchises to ever cross the television screen, and bringing it home to you.  Law & Order: Legacies (Download $19.99) puts you into the shoes of some of the franchise’s most famous icons, and let’s you control each episode like you were interacting with the real show.  There have been other Law & Order games in the past, which have been more of the point and click adventure style, but Telltale Games brings the format back home to it’s roots in the style of an actual broadcast episode.  Look for clues and interview witnesses during the first half of the episode as the police, then switch over to the court room where you’ll cross examine the suspects, mount objections to opposing counsel, and make your case to the jury.  If you are a fan of the Law & Order series of shows, you’ll absolutely love getting into the thick of it with 7 intriguing episodes of this game. 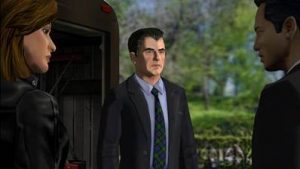 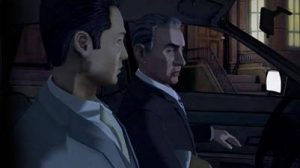 The characters you’ll get to play and interact with in each episode are pulled right from the popular Law & Order series.  You’ll find Olivia Benson, Rey Curtis, Lennie Briscoe, Jack McCoy, and many more familiar and much loved faces.  The voices are a bit off, as the television cast was not hired for the game, but the likenesses are spot on.  As the detectives, and later the attorneys, you’ll have control of each scene, which will play out according to your decisions.  Even the episodes themselves will end differently depending on which questions you choose to ask, when you choose to object in court, and whether you opt for a plea bargain or leave the verdict in the hands of the jury.  In addition to the individual cases in each episode, there is a sub-plot that will span the entire series.  Aiding in the uncovering of this sub-plot, the episodes will alternate between time periods, as you explore cases from today as well as a couple decades back, when Lennie Briscoe was still a detective. 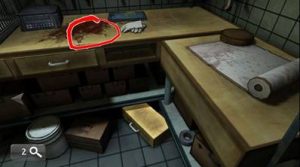 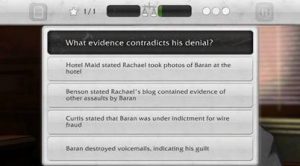 During the investigative half of each episode, you’ll travel to crime scenes and interview witnesses and suspects.  When you search a scene for clues, you’ll simply circle the items you either wish to pick up as evidence, or move to search underneath or inside.  You’ll have a target number of actions, and if you finish the scene at or below that target, you’ll get bonus points and increase your detective rating.  During the interviews, you’ll be given a list of questions to ask.  Some of them are not relevant to the case and are called red herrings.  If you avoid asking any red herring questions, you’ll also get bonus points.  At points during each interview, you’ll be asked questions by the game to test your observation and interview skills.  An example of this type of question would be “Is this witness lying?”  You must answer yes or no, and then back up your answer with evidence from previous scenes.  Keep your eyes and ears open, and your mind firmly on the case and you’ll do just fine.  If by chance you bomb an interview, or completely miss all of your test questions, you can go back and replay the scene to try for a better score. 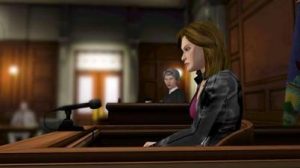 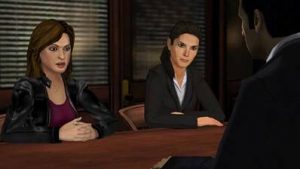 After you have made an arrest, it is time to go to court.  When you play as one of the attorneys, you’ll have to hone your interview skills to a whole new level.  You’ll need to not only examine and cross examine witnesses and the accused, but also be able to object when the defense attorney gets out of line, and be ready with the correct type of objection.  When you are questioning people on the stand, you’ll get a similar question selection set up as when you were playing as the detectives.  Choose questions that support your case, and stay away from those that might get sympathy for the accused from the jury.  When the defense attorney is up, you’ll be given a run down of the different types of objections, like hearsay and badgering, and you’ll be prompted after each question to determine whether you wish to object and why.  If you are successful, you’ll score points with the jury.  Watch the meters to either side of the scales of justice to see which side the jury is favoring.  The higher your score, the more likely they are to bring back a guilty verdict.  Near the end of the case, you might wish to attempt to strike a deal with the defense, or you may wish to the leave it in the jury’s hands.  You’ll see a different cut-scene depending on your decision and that of either the defense or the jury.

Any fan of the Law & Order franchise has, at one point or another, wished to step into an episode and be part of the action.  With this interactive episode style of gaming, you can do just that.  I am personally a huge SVU fan, so getting to investigate alongside Olivia Benson is very thrilling.  Each episode takes about the same time to play through as a television episode takes to watch, so you get the full experience without a massive time commitment.  At http://www.telltalegames.com/lawandorder, you can buy the whole Law & Order: Legacies season for $19.99 and have access to each episode as it releases over the next several months.  You can start playing the first 3 episodes immediately, with each new addition becoming accessible from your in-game menu.  Investigate and prosecute 7 gritty cases, and live the dream of being a part of televisions longest running and most beloved crime drama.  Also available for iOS.