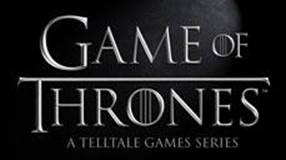 So, you’re a mega fan of Game of Thrones, which means you know several things to be true.  Among these things: winter is coming, a Lannister always pay his debts, and grown up dragons make terrible pets…but you want one anyway.  You’ve read all 5 books, you’ve watched every episode of the television series, and you still can’t get enough of the franchise.  Well, Telltale Games has the perfect solution for you.  With their new Game of Thrones episodic computer game ($29.99 on Steam), you can jump right into the world of warring houses and conniving lords that you love, and become part of the action yourself.  You’ll get to play as several members from a lesser-known family, House Forrester, while they try to navigate their way through skirmishes, alliances, and ever changing loyalties.  The game begins during the Red Wedding, and is all about the repercussions of being loyal to the defeated side after a battle.  House Forrester was allied with the Starks, and so must now bend the knee to the wretched Ramsay Snow, as well as King Joffrey, or risk not only their lands, but their heads as well.  This game is infinitely entertaining, made so in great part by the fact that your choices and actions will echo throughout the length of the series, providing many chances for replaying the same episode, with slightly different results.  I just finished episode 2 for the 3rd time, and I can’t wait for episode 3!

Like most of the Telltale Games titles, Game of Thrones is spread over a short “season” of 6 episodes, around 2 hours of game time each.  During each episode, your perspective will change between a handful of characters, just like it does within the books and television series.  When you have control of each character, you’ll mostly be maneuvering through conversations, choosing between several responses each time you’re given the option to speak.  Your chosen response could have a small effect on how a character sees you, or a large, farther-reaching effect on the actual progression of events.  I hesitate to give an example, as I don’t want to reveal any spoilers for the plot.  Occasionally there are also combat sequences, but fortunately the game prompts you on which keys to press in order to win the day.  And, if you happen to die, well…Valar Morghulis, and try to do better during your immediate second chance.  I was skeptical on how much my choices really mattered, more than simply accessing different verbal responses from whomever I was speaking with.  So, I played each episode 3 times, trying to make my characters into different versions of themselves, based on their choices and reactions.  I was surprised at how even my perception of my characters changed along with their choices, and I definitely saw a difference, especially in a few key events.  Luckily, there are several save game slots, so you can replay an episode without losing your previous progress.  Choose your favorite outcome to continue the season with, or keep up with all of them. Of course, no matter what choices you make, you can’t completely alter the main story points of the season, but that is to be expected to have any sort of coherency and consistency between players.

Many of the actors from the HBO series have honored us with their voices, so you get a real sense of actually being a part of this amazing world.  You’ll get a chance to interact with Queen Cersei, Jon Snow, Tyrion Lannister, and more.  The graphics are typical of Telltale Games, combining lush detail with an almost unfinished, brush stroke look, creating on overall gorgeous environment.  Beautiful music, like that in the television series, is the final element in giving you the full Game of Thrones experience.  You’ll quickly come to love all of the Forresters whom you control, and become loyal to those they love themselves.  It’s funny, while I had fun making my Forresters weaker or stronger in character, or altering their personalities slightly, I could never bring myself to make them mean spirited or choose the nasty responses during a conversation.  I wanted all of the characters under my charge to be loved, happy, and healthy.  Of course, any fan of Game of Thrones knows that it’s often the evil bastards who win above the kind and loyal folk, so perhaps I need to alter my strategy and play one more time.  I highly recommend this game to any fan of the Game of Thrones franchise, especially if you need a little something to hold you over until the next new HBO episode, or until George R. R. Martin decides to bestow a 6th novel unto the world.Episodes 1 and 2 are available now, and new episodes will be releases approximately once a month.  You can download this game through www.TelltaleGames.com, or by visiting Steam, Apple App Store, Google Play, Amazon App Store, Xbox Live, or Playstation Store.  Prices and ability to purchase either singles episodes or the full season vary by platform.