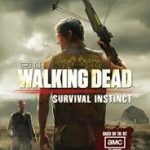 Fans of The Walking Dead rejoice!  The 3rd season of AMC’s hit show may be over, but you can tide yourself over until the 4th season premier with Activision’s new game release, The Walking Dead: Survival Instinct (Retail $49.99).  This FPS (First Person Shooter) title casts you in the role of Daryl Dixon, everyone’s favorite crossbow wielding redneck, in the time leading up to the television series.  Alongside his brother Merle, you must guide Daryl through the perilous new world of the walker apocalypse, finding weapons, resources, and other survivors, all while trying to stay alive any way you can.  Already this game sounds like a hit, but add the fact that Daryl and Merle are voiced by none other than the amazing actors who play them on the show, Norman Reedus and Michael Rooker, and you have a title that is a must play for true fans of the series. 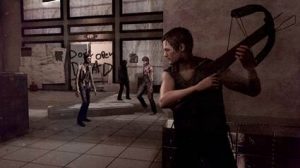 Daryl’s iconic weapon of choice, as any fan will know, is his crossbow, but you’ll need to become proficient in a variety of other weapons for various situations, from guns, to knives, to a hammer if there’s nothing better.  Each weapon has its advantages and drawbacks, and you will need to switch between them as called for.  You’ll also need to collect strength boosting items, like energy drinks and food bars, which will increase your health after encounters with the walking dead, and cans of fuel to keep your vehicles running.  Keep an eye out for fun bonus collectibles too, which are scattered throughout the game, and items that you’ll need to satisfy quest requirements.  This is an action packed survival game, but it isn’t all about shooting walkers in the head.  A good deal of surviving means hiding and finding ways to sneak around herds of walkers without drawing their attention.  Daryl can’t possibly survive against dozens of walkers at once, so finding ways to distract them or otherwise go unseen are essential skills to learn.  If you do find yourself battling a large number of walkers, here’s a bit of advice: don’t forget to watch your back, because the sound of fighting can attract more walkers, and you might find one surprising you from behind.  In addition to walkers, Daryl and Merle will come across a variety of other human survivors, and Daryl must gauge both how useful and how trustworthy these people are, and decided which to team up with and which to leave to their own fate. 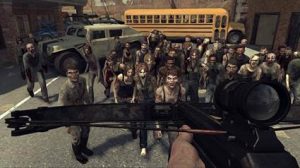 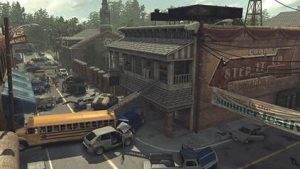 The movement of characters is smooth, and all of the environments are beautifully rendered and full of rich detail.  If it weren’t crawling with walkers, you might think the Georgia countryside of this game world would be a nice place to spend some time.  The walkers are drawn in a wonderfully gruesome way, though admittedly, you do tend to see the same walker faces recurring throughout the game.  Controls are easy to learn and use, making game play flow seamlessly.  There is an handy on-screen compass to keep you going in the right direction to finish the current quest, and helpful text prompts to remind you which controls to use to pick up or use items.  The auto save feature is nice, and if you happen to die, you won’t have to play the entire level over again.  Hopefully, you’ll learn from your mistakes, and Daryl will overcome the obstacles that proved fatal before. 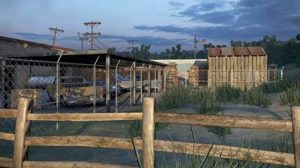 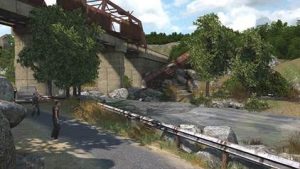 Who wouldn’t want to step into Daryl Dixon’s badass boots and fight walkers redneck style?  In the world of The Walking Dead, I can’t think of anything better.  There has been some criticism of the game by fans and players, comparing it poorly to other titles, but I don’t understand where they’re coming from, and cannot agree.  Personally, I’ve played this game for several hours, and still plan on going back for more.  It’s a fun, exciting ride into a much beloved world, and it delivers everything I’ve been hoping for since I saw it announced at Comic-Con last summer.  But don’t take my word for it alone, go get yourself a copy of The Walking Dead: Survival Instinct, and see if jumping behind Daryl’s crossbow sights isn’t an experience worth having for any fan of the series.  Available for PC, Xbox 360, PS3, and Nintendo Wii U.