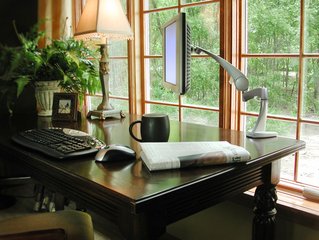 One of the first mistakes made by people working from home is not properly setting up their home office environment. It is amazing how small changes in your home office can help you become more effective and efficient, which can translate into using less time to perform tasks, and more income if you are a freelancer. For example, when I surveyed readers of Computer Times for home office failures and successes, I found that most failures came from lack of experience and planning. Let’s look at a few examples below.

One of our advertisers shared that he and his wife’s biggest failure was state-of-mind for both them and their two preteen children. Wishing to save on commute time and downtown office expenses, they moved their very successful consulting business to their home. They had their basement finished to basically look like the downtown office they just left. For the first few days, they walked down the stairs to their home office in whatever they happened to have on at the time, night clothes, casual clothes, etc. Within the first few weeks they realized that something was wrong. Their office hours seemed different, in that they were quite lackadaisical toward their work, which was reflected in a decrease in income. Additionally, their children did not respect the fact that they were at work, and thus the constant interruptions took time away from their consulting work. So, they began to dress for work, wearing the same business apparel they wore when their office was downtown. They also placed a sign on the door at the top of the steps that said “Do not disturb! Door opens at 5 PM.” Soon, they saw their income return to normal and then increase. Their children learned that even though their parents moved their work location, their work hours remained the same. As they stated, even though they thought they had planned everything so perfectly, they did not initially understand the importance of state-of-mind. 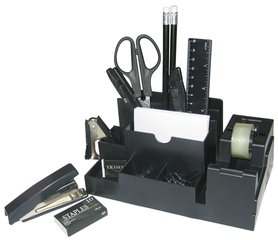 One of our readers shared that moving her office to her home was a disaster, in that she was working twice as long to accomplish the same amount of work she used to do before telecommuting. In her case, her husband noticed the problem when she kept asking for things. For example, she would ask him to run out to the garage to get some paper for her printer, or ask him to find her a #2 pencil with an eraser, or ask him if he could get her some of the larger paper clips. He soon realized she had a totally unorganized home office, which was leading to an unorganized life. She quickly did some research and reorganized her home office to where everything was in her immediate reach. She said she first did an inventory of everything she needed to efficiently do her job.  She purchased all the needed supplies and equipment, including everything from a three-hole-punch to a multi-purpose printer that could make copies, scan documents to a flash drive, and send out faxes. She purchased a comfortable office chair, computer desk, footrest, small refrigerator, and coffee maker. She then set up her home office in the same efficient L-shape that she used to have in her downtown office. In front of her was a computer on a proper computer desk, with roll-out keyboard shelf. Placed neatly on the computer desk was all the necessary peripheral equipment, everything within reach. To her left was a book shelf with her multi-purpose printer on top, a top shelf with her printer paper and ink cartridges, and all the small items she needed, like pens, pencils, ruler, stapler, staple remover, sticky notes, scissors, etc. Her second shelf served as her inbox, with stacks of work in progress, while the bottom shelf became her outbox, with completed work and manuals. To the right of her computer desk was a small 2-drawer filing cabinet and small fridge. On top of her filing cabinet was a small coffee maker. Once organized, she said that she completed her work in half the time, especially after adding headphones and having her computer play her favorite music.

Another reader shared that although he had his home office set up very efficiently, he had not prepared himself for everything he now needed to do without office and technical support. He first admitted that he had no idea how to send a package via the various national delivery services, how to print postage on his printer to save going to the post office, make a conference call, send a fax through his computer, clear a paper jam in his printer, or a host of other things that used to be done for him. Most importantly, he said that he did not know how to best stay in touch with his team, how to set up virtual meetings, or even how to log on and successfully interact in a virtual meeting. Finally, he said he wished he could bill out the many hours he spent on YouTube learning how to do all the things he used to take for granted.

The above three examples should help you understand that thriving while working from home does not just magically happen. While you do save money on automotive expenses, clothes, and dry cleaning, and save time by not being in traffic each day, there are many other considerations you must make to accommodate your new work environment. With proper planning, though, working from home can be a very enjoyable and rewarding experience. 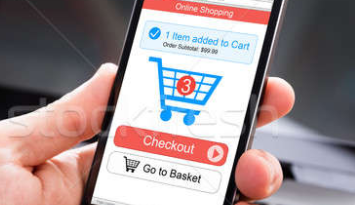