An old classic, based on even older classics, gets new life with a port over to consoles this month. Ratalaika Games has reintroduced Quest for Infamy, a game 1st released for PC back in 2014, by Infamous Quests. This point-and-click adventure game is styled after the hand-drawn pixel art titles from the ’80’s and ’90’s, like King’s Quest, with all the quirks consistent with that genre. For those who missed this game the 1st time around, or for those who loved it and want to relive the fun, you can grab a copy for just $9.99 on Switch, PS4/5, and Xbox. There are some things I love about this game, and some things I found a bit lacking, but all things considered I do recommend you check it out. It’s a nostalgic bit of humorous fun, well worth the low price tag. 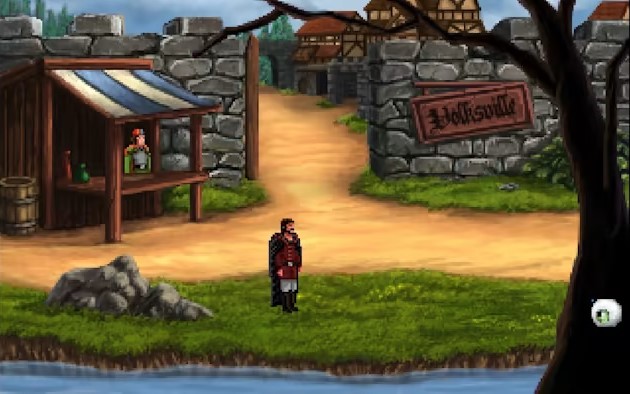 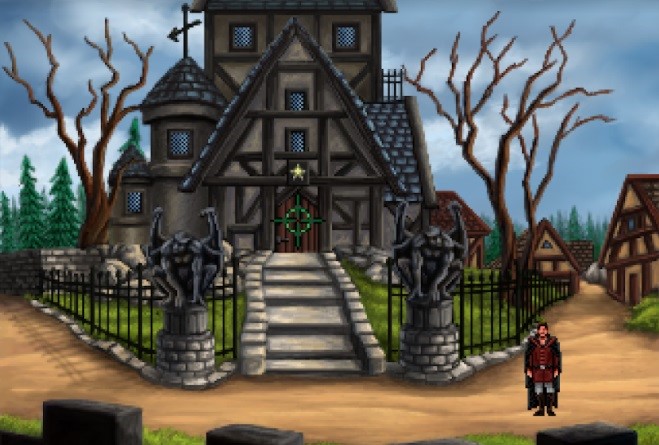 Quest for Infamy is a fun little romp, through a small Medieval town called Volksville, and the surrounding woods and villages. You’ll play as Roehm, a wry adventurer making his way through the area. He’s only trying to pass through, but soon gets involved in the goings-on of the village and its inhabitants. Talk to villagers, explore the town and territory, and occasionally fight some fiends and foes. Roehm can become one of 3 classes of character, each with different talents and side quests. A brigand will rely on his strength to fight and deal with interpersonal exchanges, a rogue will be more wily and stealthy, and a sorcerer will be able to wield powerful magics. These side quests are very much sub-plots, though, and the main story is pretty basic, so I’m not sure how much replayability these class choices offer. I don’t mind this, since the story isn’t the main draw of the game, at least for me. There also isn’t a ton of action, with fights being infrequent, but again I don’t find this to be a bad thing. The fights that you do encounter are semi-turn-based, but feel a little arcade side-scroller to me as well. I chose the rogue character class especially so I could avoid fights more effectively, and use sneak attacks instead of head-to-head sword combat. The best parts of this title, in my opinion, are the exploration and dialogue, which really deliver on the wry humor. The narration when you click on things in the environments is very funny, and will make you want to click on every rock and tree, just to hear what the narrator will say about it. I recommend turning on the hotspot labels, so you don’t miss any of the wit, sass, or pop-culture references. I especially appreciated the narrated description of the angel statue in the cemetery, so make sure you click on that. 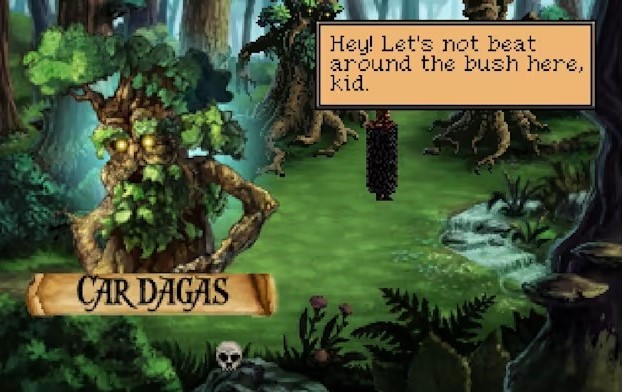 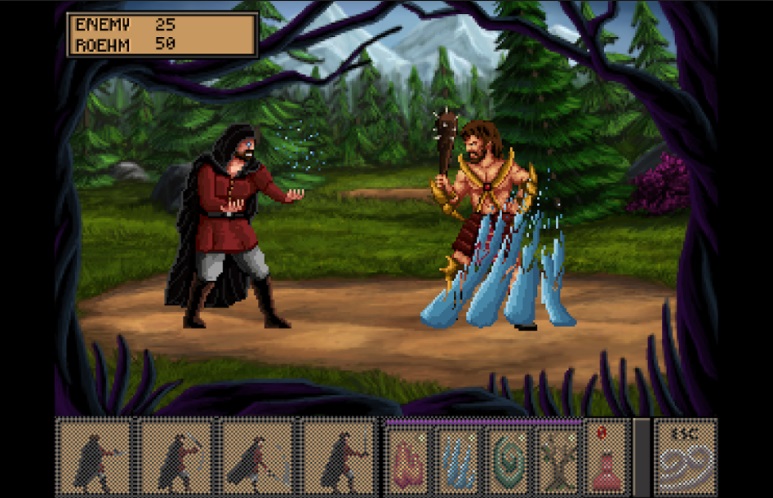 What I do find a little annoying is the slightly clunky mechanics of gameplay controls, but I suppose that could add to the nostalgic charm, throwing you back to the classic RPGs of the 1980’s and early ’90’s, when the kinks weren’t ironed out of this genre yet. For modern gamers, though, the controls really did need a better update between mouse-controlled point-and-click on the PC, and full console controller. Having to scroll through the action icons to choose one to use each time, instead of assigning a different controller button for each action, got annoying really quickly, as did the need to click on where you wanted Roehm to walk instead of using the joystick to make him move. Some button assignment options would be nice in a future patch update. Having a map from the start would also be incredibly helpful. I resorted to drawing one on paper like I did when playing these sorts of games back in the ’80’s and ’90’s, before in-game maps were really a thing. It was definitely nostalgic, I suppose. One helpful thing that the developers did include, which I highly recommend that you don’t skip, is the walkthrough that’s available from the main menu screen. Without a hint system in-game, there were times when I had no idea where I was going, or what I was supposed to do next. In fact, I’d recommend reading a few pages of this before you even start playing, so you aren’t wandering around totally aimlessly. 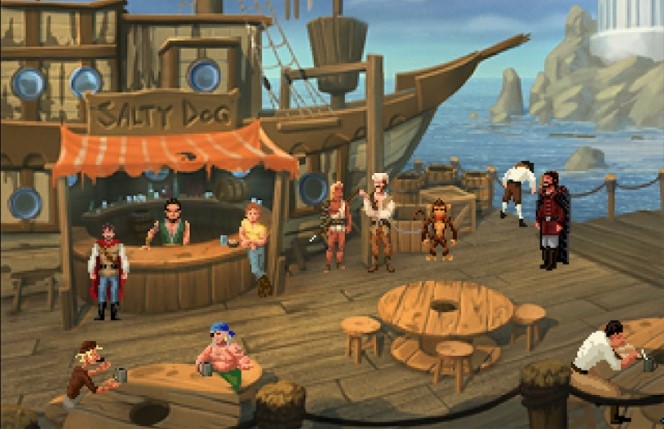 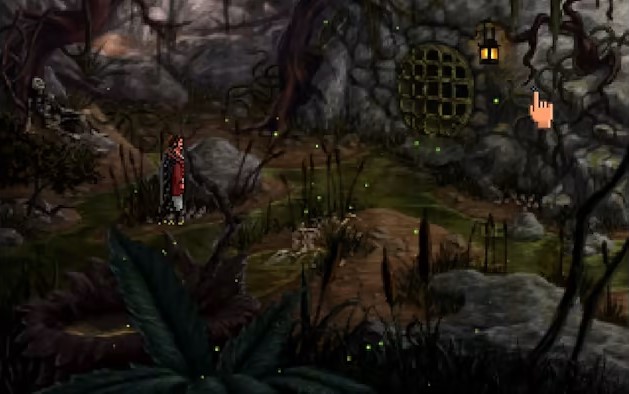 I know I’ve included several caveats in this review, mentioning things I wish it had done differently, but that’s just so you know exactly what to expect. I still recommend Quest for Infamy, even if only for the witty, often sassy dialogue from the narrator. If all you do is roam around and hear what he has to say on every item you can possibly click on, it’s already worth the $9.99 you’ll pay. The story is okay, the combat is best avoided, but the art style is retro cool, and the humor is spot on. If you enter this game with the mindset that the story and mechanics are there as a vehicle for the comedic dialogue, you’ll fully enjoy your time wandering around Volksville. For a little more info, and some game play videos, check out the game’s listing on the Ratalaika Games site.