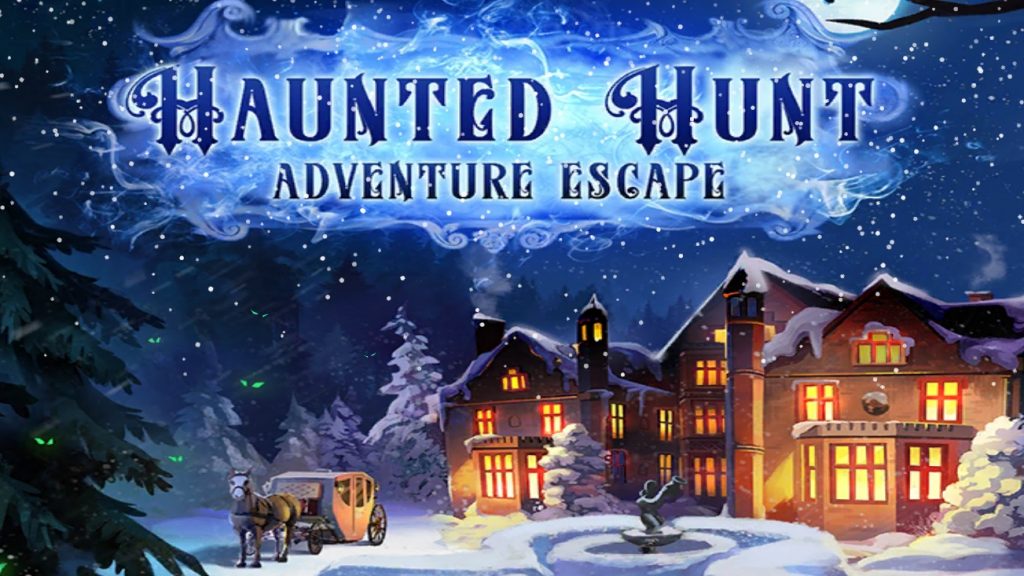 Adventure Escape: Haunted Hunt, from Haiku Games, is the latest in their series of Adventure Escape titles.  It’s an entertaining and challenging adventure game, where you have to make your way through a Victorian mansion, room by room, exploring each environment to find secret codes, useful items, and keys to unlock the door to the next room.  It’s a mobile version of the classic point-and-click style adventure game, combined with elements of an escape room title, all with a supernatural twist.  Fortunately, in my opinion, it doesn’t have any hidden-object style puzzles to halt the progress of the story.  Instead, you find all of the needed items in logical, in-scene places.  The best part is, the entire game is free, not just the first few rooms like some similar titles. 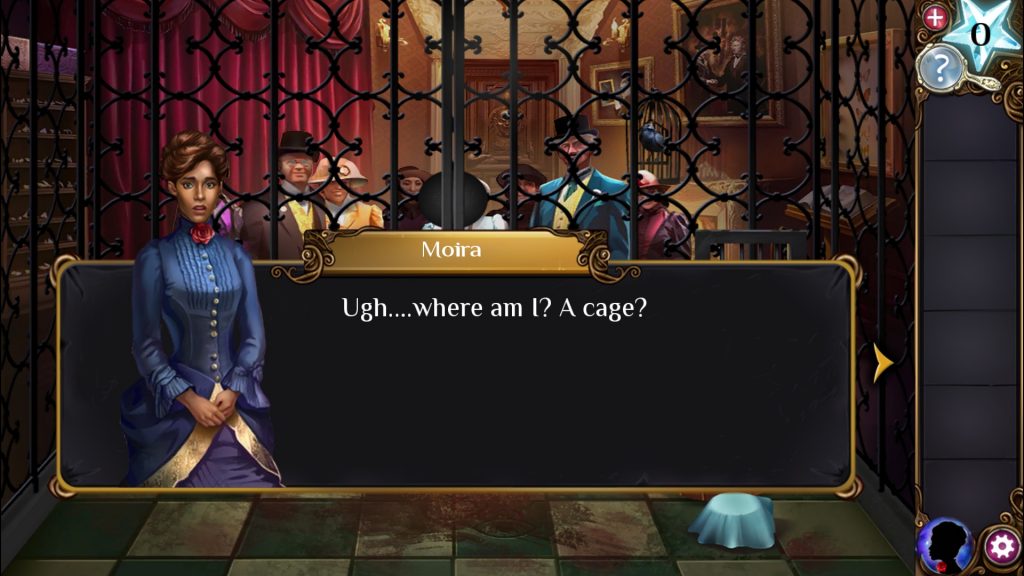 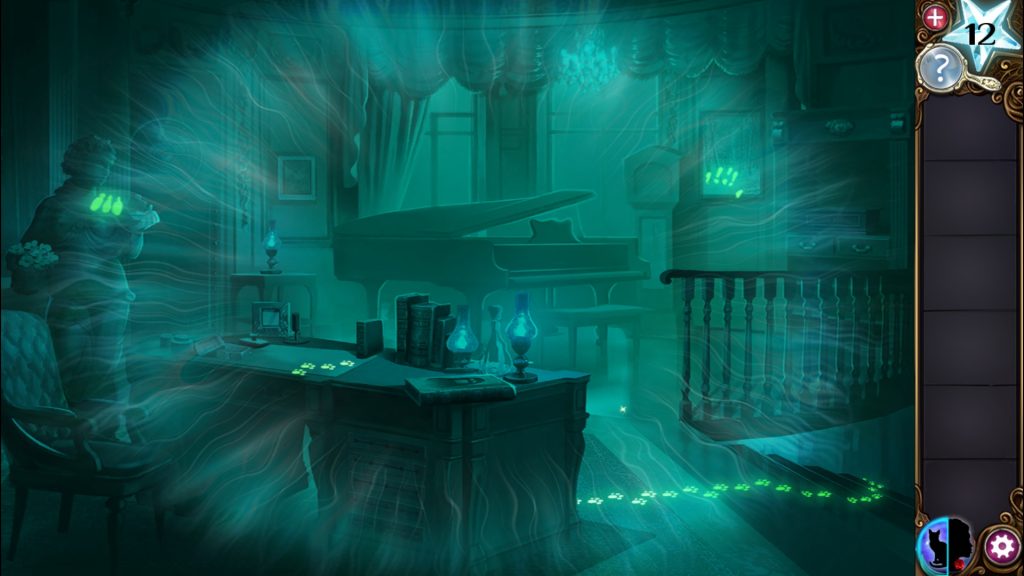 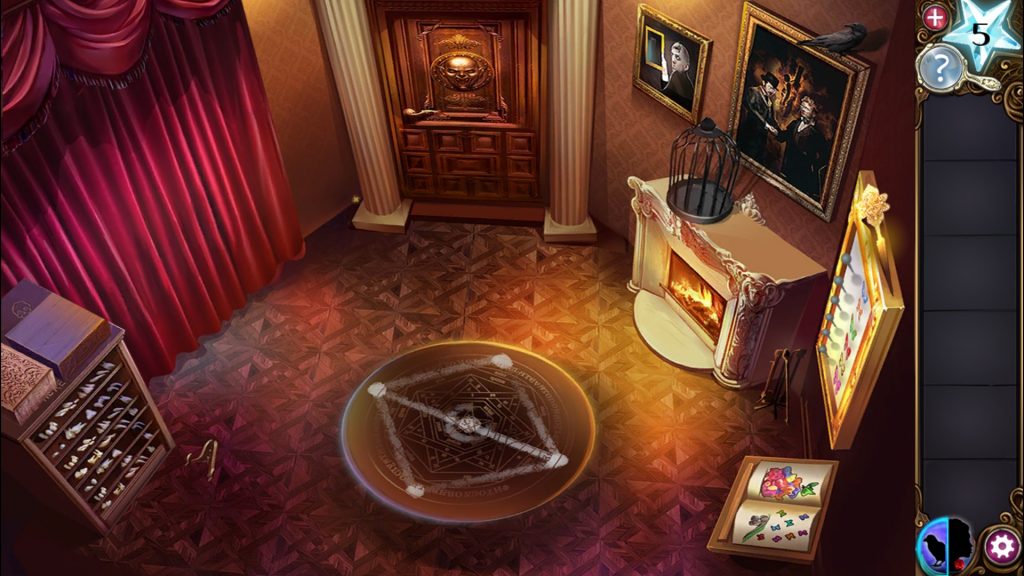 You’ll play as Moira, a shapeshifting young lady, who’s been captured by Otto, the head of a group of distasteful humans, who make it their hobby to hunt down supernatural beings.  You must escape the cage you’ve been locked in, with the aid of your shapeshifting abilities, and navigate your way out of the mansion without being caught again.  As you make your way through the 8 rooms, you’ll encounter various animals that you can shapeshift into, a handful of trapped ghosts, and of course, the hunters themselves.  When you shapeshift into an animal you’ve met, you’ll be able to use their individual talents, like the cat’s ability to see in the dark, and the bird’s ability to fly.  You’ll need these extra talents to find essential items and uncover clues, that either aren’t accessible or visible in your human form.  You’ll also receive occasional help from the ghosts, who would all love to take out their revenge on Otto and his associates. 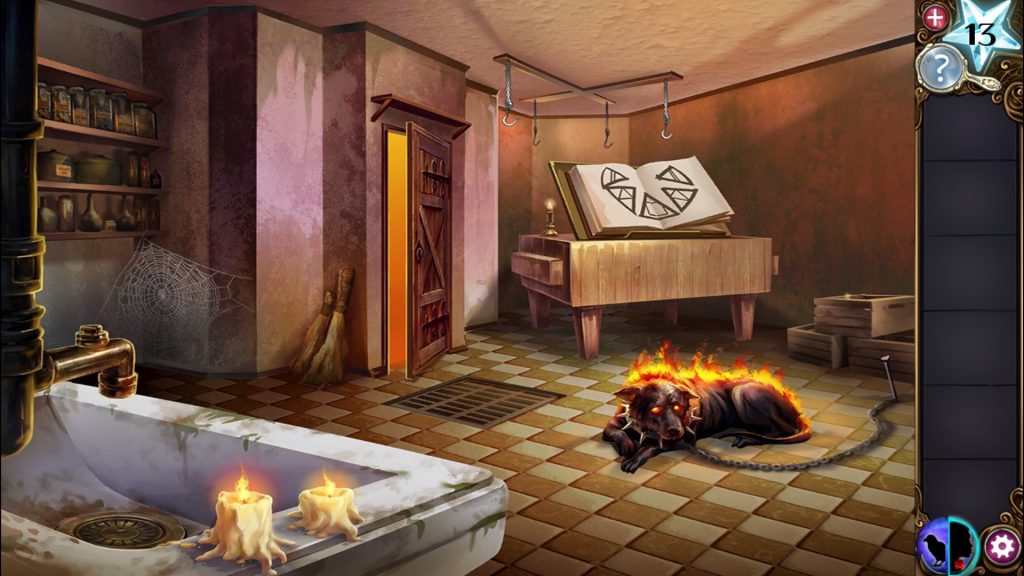 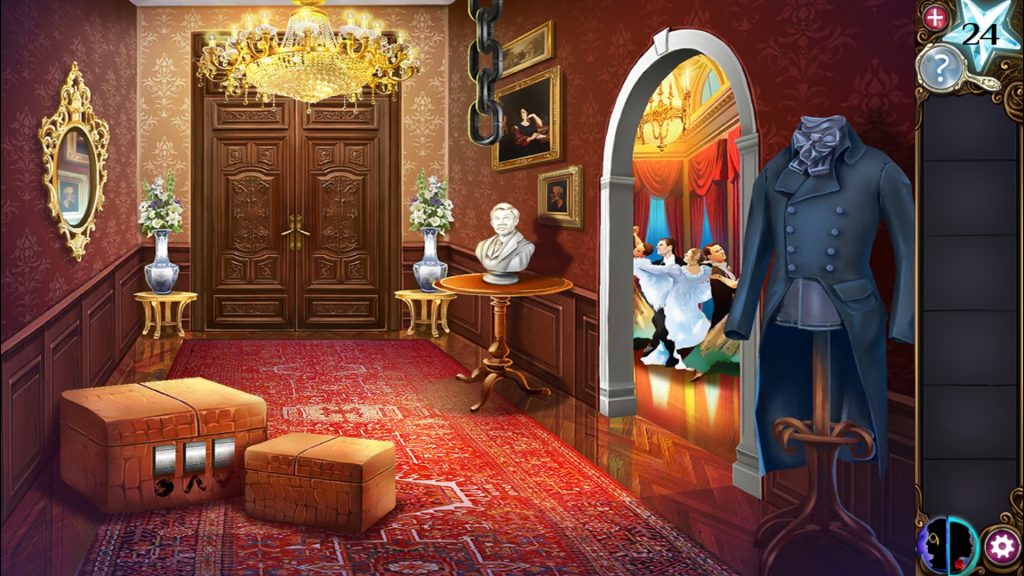 The rooms are all very attractively designed, with lovely Victorian details that bring the scenes to life.  The puzzles themselves were interesting, and several were refreshingly different to those I’ve experiences in similar games.  They got increasingly more challenging as you progressed into the later rooms, and I appreciated the gradual hint system.  To access the hints, you’ll need to find little glimmering stars scattered around the rooms, or wait to collect some when you finish a chapter.  There are often multiple available hints per puzzle, each progressive hint costing more stars, so you’ll want to be on the lookout for as many as you can find, to assist you when you get stuck.  There are, of course, several online walkthroughs you can find as well, for those extra tricky brain teasers.  I admit I had to do this a couple times in the last half of the game. 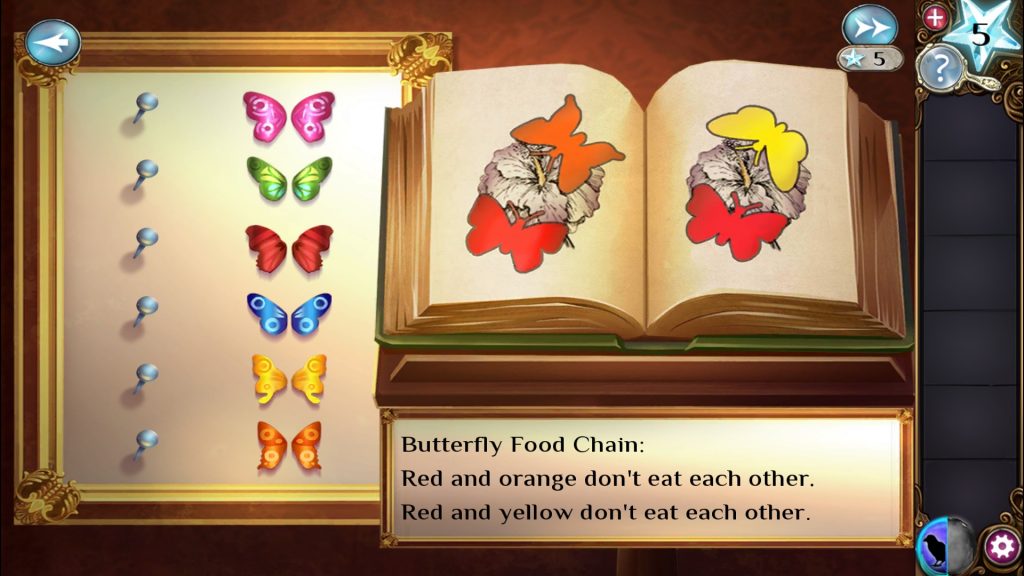 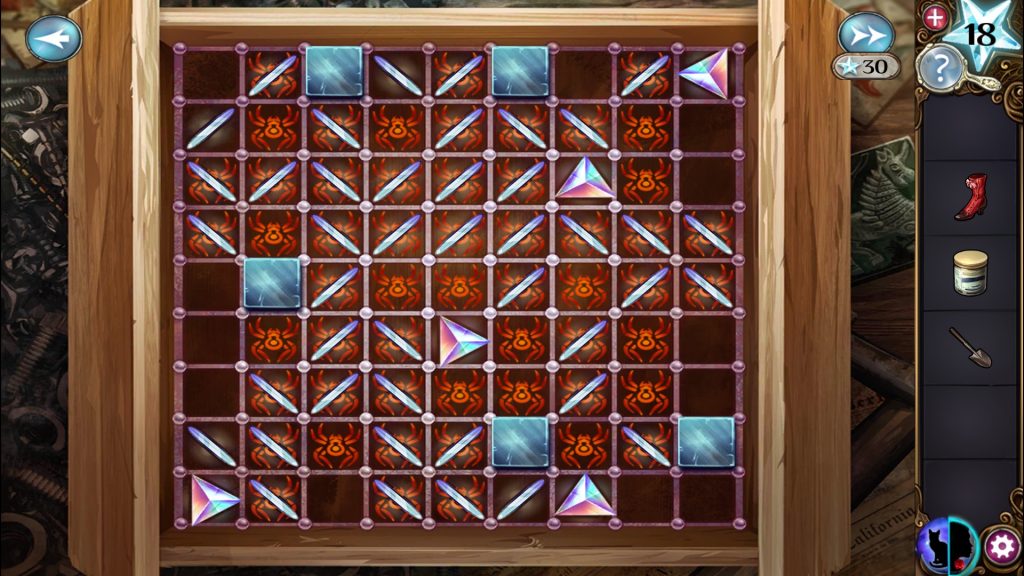 If you like puzzles, and you like adventure stories, check out Adventure Escape: Haunted Hunt.  It’s only 8 chapters/rooms long, so it isn’t a huge time commitment to have the satisfaction of completing it all.  I thoroughly enjoyed the 4 or 5 hours it took to escape the evil clutches of the hunters, and free myself, and my new supernatural friends, from the gilded cage of the mansion, and I’m tempted to go back and play a few more of their Adventure Escape titles too.  Get it for iOS or Android, and have some adventurous, puzzling fun of your own!