Need a new phone-based distraction to keep you entertained while staying safe at home?  Tired of the same old match-3 style puzzle games?  Check out Alice Legends, a new card battle game from Bear Hug Entertainment.  This is not your normal deck-building card game, but rather a gin rummy type battle against wild Wonderland characters.  It’s also a world-building game, where you get to customize and decorate your environment, and unlock new character and dialogue by winning rounds of the game.  The underlying mechanics are similar to the many, many puzzle match titles out there, but with a new type of card puzzle, and a fun Wonderland skin.  I’m really enjoying this game a lot, and will be keeping it on my phone well after this review is posted.  Let’s get a little more in-depth. 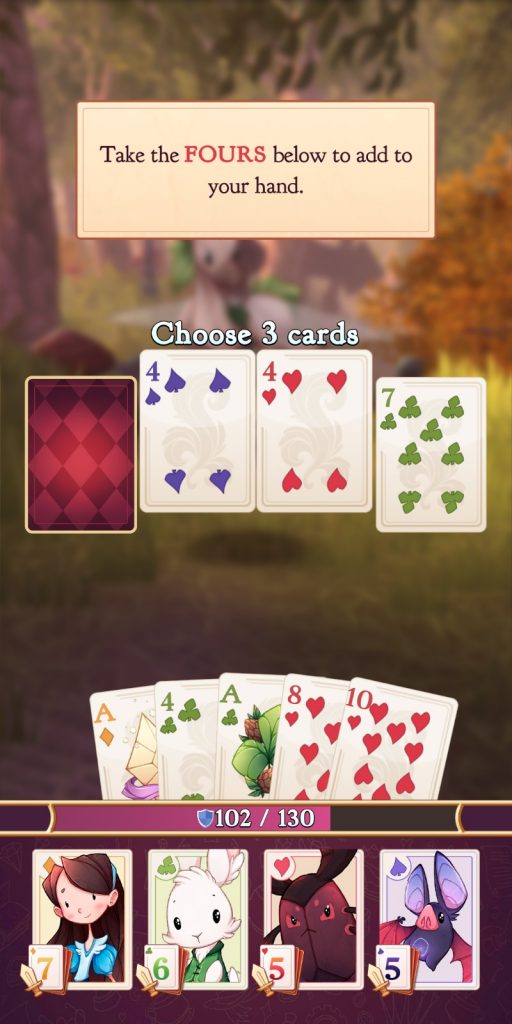 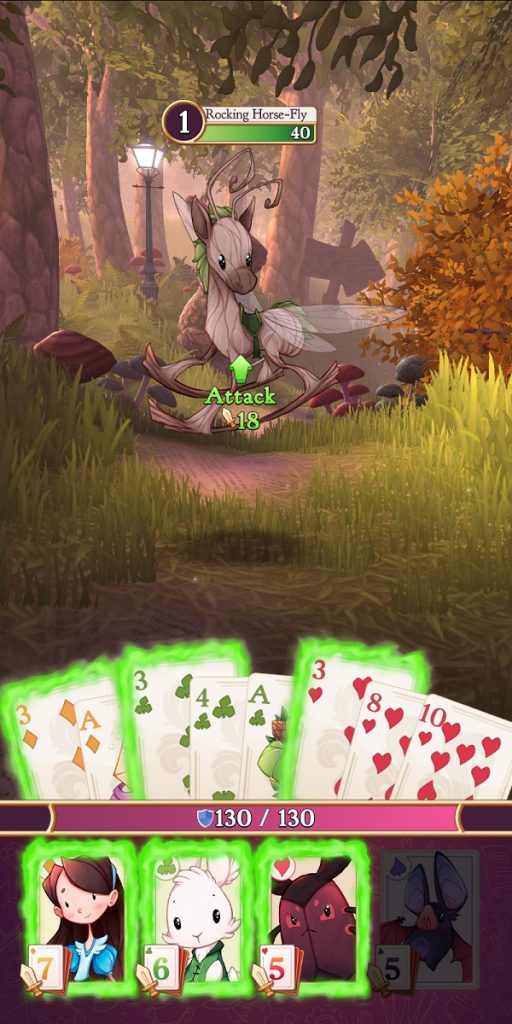 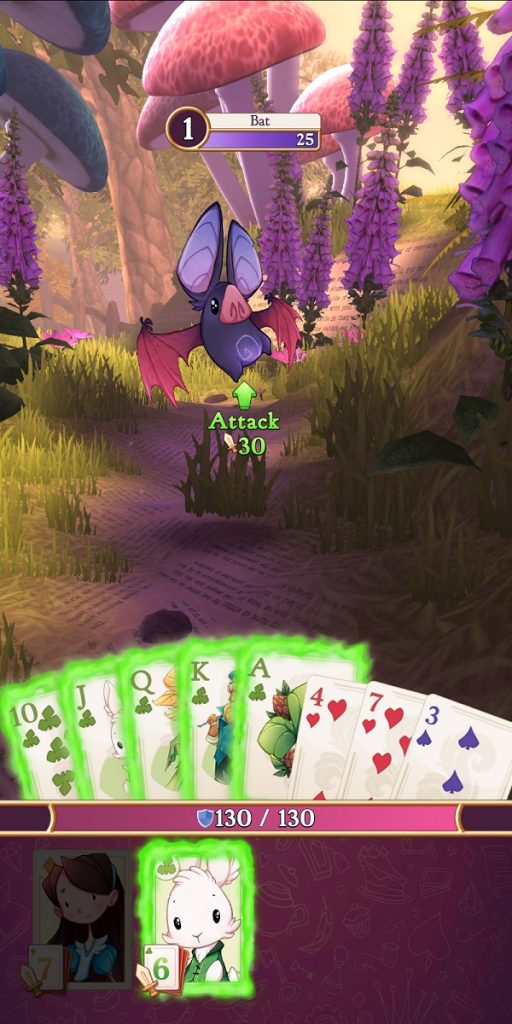 You start by landing in an open book version of Wonderland, right along with Alice, having been summoned there by her Grandfather (who is a clock), to help free Wonderland from the Queen and her Minions.  You’ll do this through a series of battles, fought against Beetles, Dodos, Bumblebees, Bats, and more, all adorably animated in bright colors and fun details.  In each battle round, you’ll be dealt a hand of cards.  You get to choose more cards to add to your hand through a series of re-deals and discards, to create your best array.  Each turn, you’ll select cards in your hand to create sets of 3 or 4 of the same number, or runs of 3 or more sequential cards.  Each card is worth a certain amount of points, that will then be played against your opponent.  They also get to attack you in turn, but without cards, just their natural abilities.  You only get Alice and the White Rabbit on your team to begin with, but you will collect other playable characters to add to you squad.  Each character has their own special attack, which can be used during a battle, as well as the damage points for playing cards from their associated suits.  For instance, Alice plays Diamond cards, and they’re worth 7 points, White Rabbit plays Clubs, worth 6 points.  Playing a run of 3,4, and 5 of Diamonds gets you 21 attack points, but playing the same in Clubs only gets you 18 points.  When you beat all of the enemies in a level, you’ll earn Gold, which is the currency of the game that will get you extra lives, extra re-deals, etc., and Book Pages, which are how you complete Quests and customize your book world. 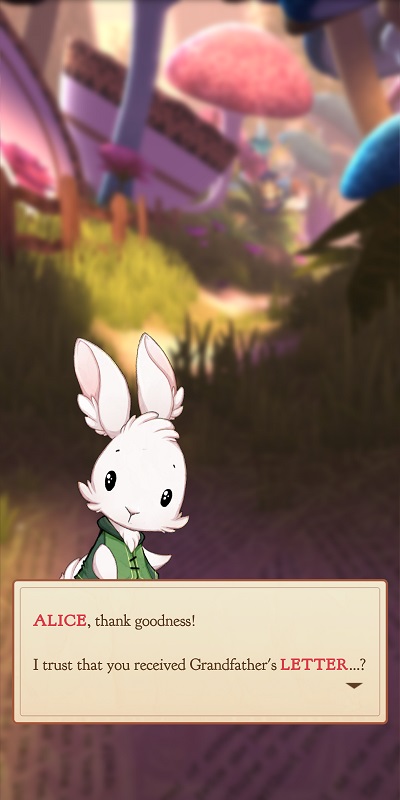 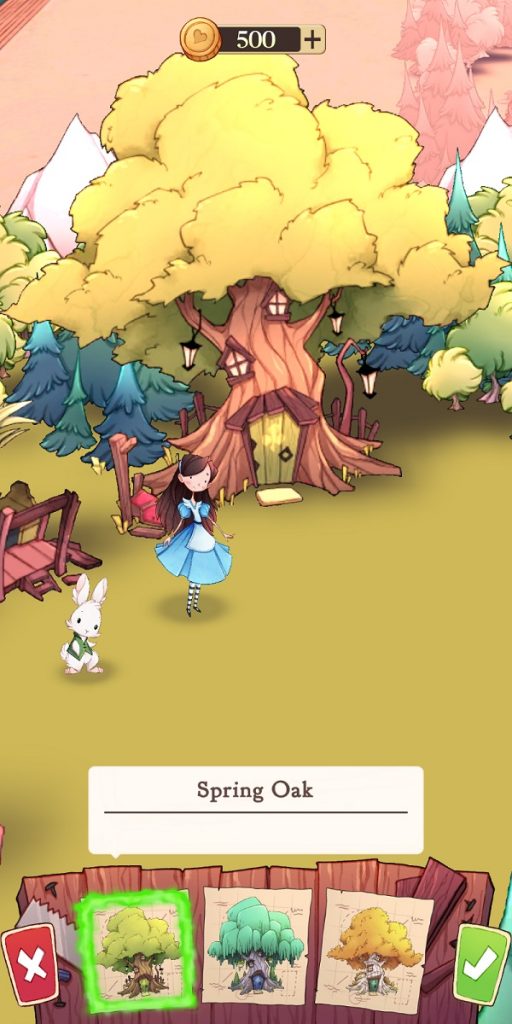 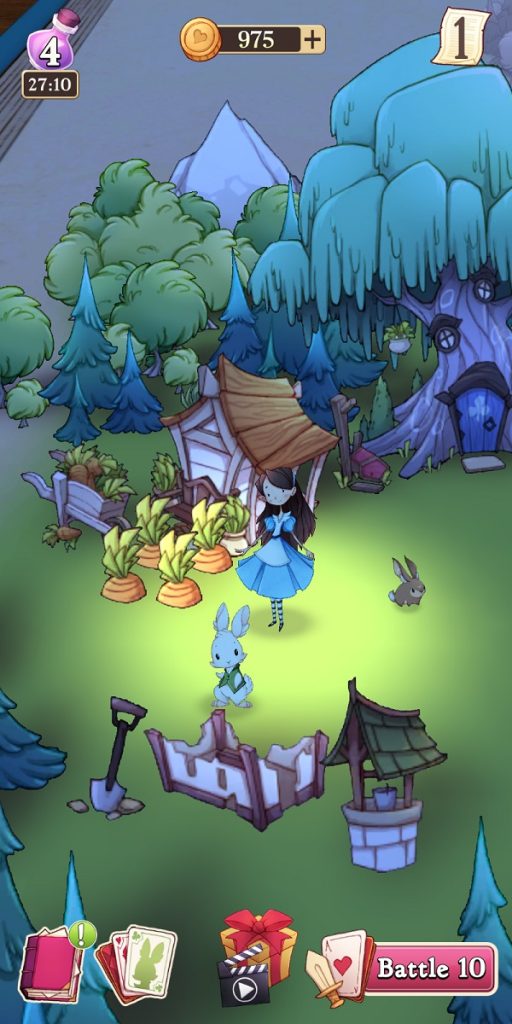 This book work is much like the cafe, mansion, garden, or zoo of other puzzle games, where you’ll get to clean, rebuild, and choose furnishings for your environment.  You’ll start by adding houses, a farm, a tea table, and other cute extras to your little section of the woods, laid out sweetly in the corner of an open book.  As the game progresses, you’ll unlock more and more areas, and more and more stuff to acquire, as well as characters to meet and play with.  The graphics during the battle levels are much more advanced than in the book world, but it’s still fun to set up your little growing woodland area, and kind of neat to differentiate the game modes visually.  Each thing you build or redecorate requires 1 or 2 Book Pages, so you’ll need to keep playing card battles if you want to keep building. 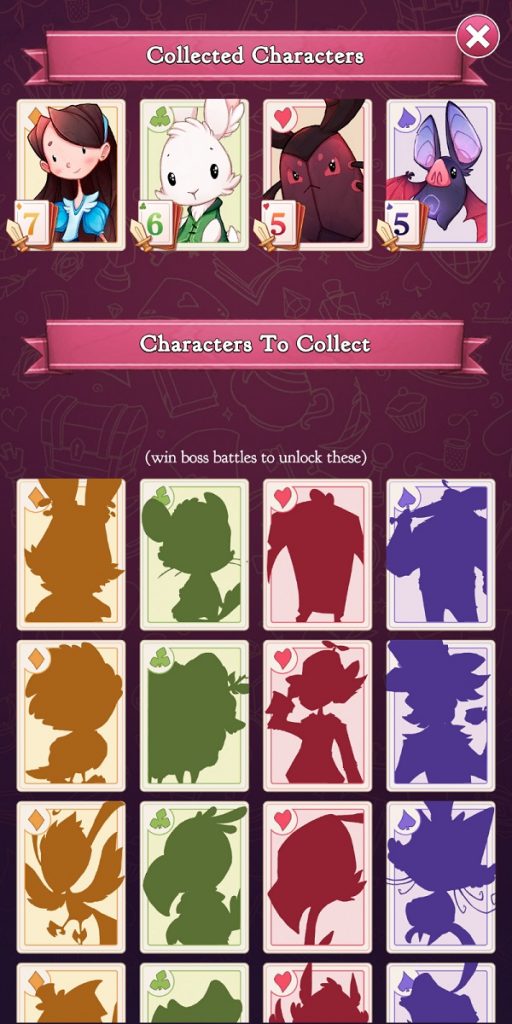 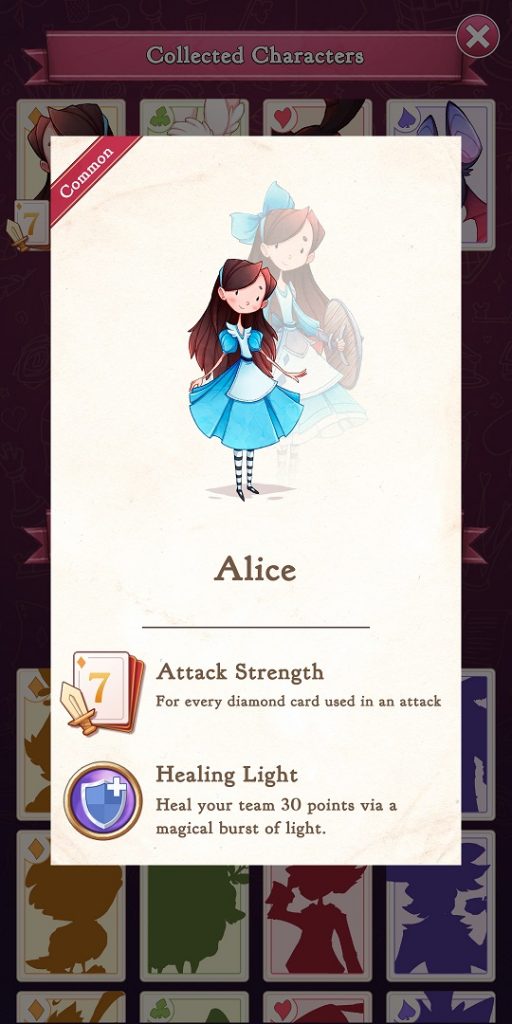 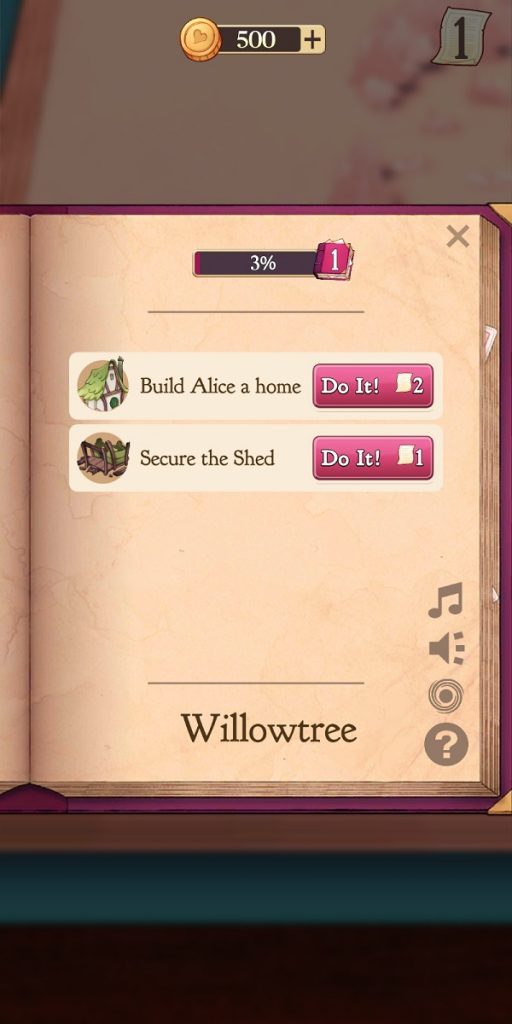 Alice Legends is a great phone game to pass the time, providing a new way to enjoy a casual puzzle experience, and more than just mindlessly moving colorful icons around a grid.  There’s definitely a strategy to which cards you’ll add to your hand, and which enemies to attack first, making you think before choosing your battle moves.  The enemies aren’t too difficult to beat, at least not as far as I’ve played, so the challenges remain fun while still making you plan your attacks.  There are so many puzzle/world-building games that rely on the same match-3 model, so it was really refreshing to find a game that still gives you the fun of customizing a new environment while playing a different kind of puzzle.  I also happen to really enjoy gin rummy, so even though it’s a very abridged version of those rules, I have yet to get bored of playing card battle levels.  It’s free to play, so why not check it out for yourself, for Android or iOS?

Mage’s Initiation: Reign of the Elements">