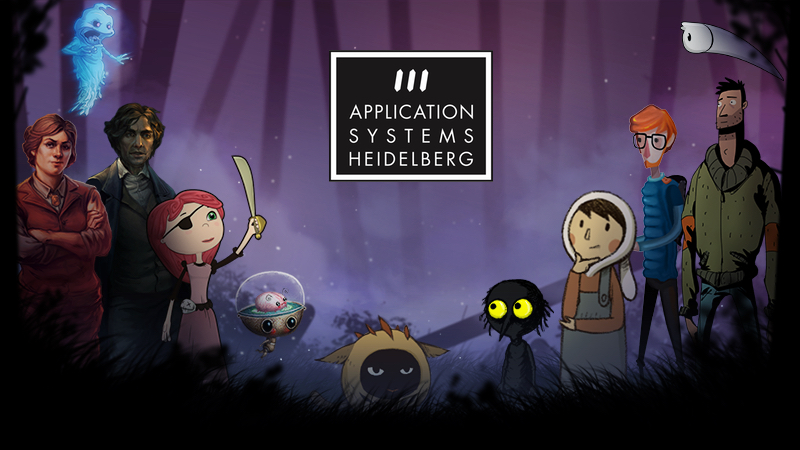 Application Systems Heidelberg, who publish great games from a number of indie developers, had a virtual Indie Arena booth at the Gamescon 2020 online convention last week, where they exhibited some of the games they have in development.  We’ve given Editor’s Choices to 2 of ASH Games‘ previous titles, Lamplight City a couple years ago, and LUNA: The Shadow Dust this February.  I was able to check out early demos from 5 of their upcoming games, and I’ll be sharing my thoughts below.  I really enjoyed 3 of the titles, and will likely be writing full reviews of them as they get released.  The other 2 didn’t really catch my interest, but I’ve included them anyway, so you can judge for yourselves.  Links to each game will be in their sections, and if you want to see their entire catalogue, check out the ASH Games Steam Page.

Mutropolis, which is coming out before the end of 2020, is a cute, hand-drawn, 2D point-and-click adventure game, from developer Pirita Studio.  The lead character, Henry, is on an archaeological dig on the abandoned Earth, several thousand years in the future.  He and his team are in search of the mythical lost city, Mutropolis, hoping to uncover the secrets of the ancients, but the expedition takes a turn for the weird when his professor gets kidnapped by unknown entities, and the rest of the team must go in search of him.  The characters were interesting, all with their own little personality quirks.  Henry himself was full of witty responses and environmental observations.  The story so far, from the short demo, seems like an intriguing mystery, with fun dialogue, and interesting locations.  Like most point-and-click adventures, there are puzzles to solve by finding objects and having conversations with your team, and the other characters you’ll come across.  I quite enjoyed my brief demo, which had a cliff-hanger ending, so I can’t wait to play the full game in the near future. 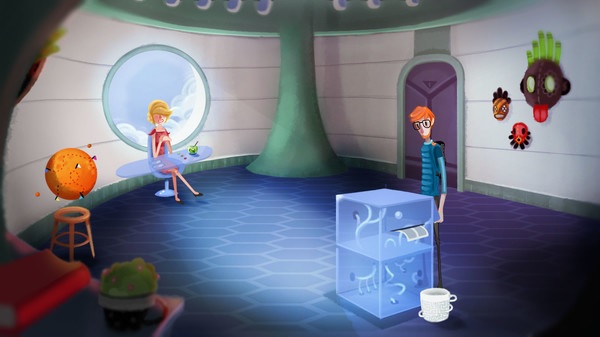 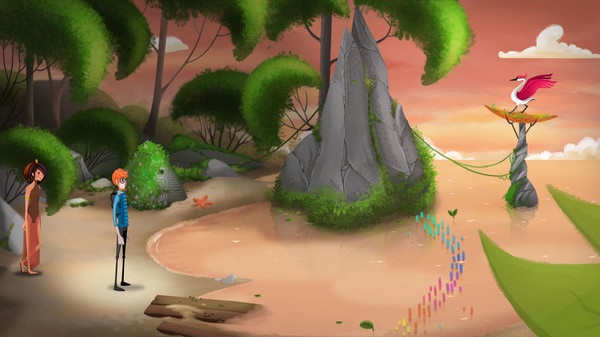 Growbot, releasing in the Spring of 2021, is another 2D point-and-click adventure, this time from developer Wabisabi Play.  It features a sweet little robot named Nara, who must find a way to save her space station home from a dark force.  Nara is a Growbot, who are all fueled by the Glowblooms that brought them to life.  The original Growbot, Quasi Crystal, was activated in a different way, however, and it went dramatically wrong.  This rogue Growbot’s actions are now threatening Nara’s home and friends, and she must figure out how to fix her space station, and set things right before it’s too late.  This game has colorful, whimsical, hand-drawn graphics, relaxing music, and super cute characters.  I was enchanted from the very first minute.  The back story is interesting, with great world building, and a lot of imagination.  In the way too brief demo, I enjoyed exploring the cool space station, filled with fantastical flora and fauna, and marveling at the integration of the organic and mechanical elements of Nara’s world.  I eagerly anticipate getting to play the full game, and wish it wasn’t quite so far in the future. 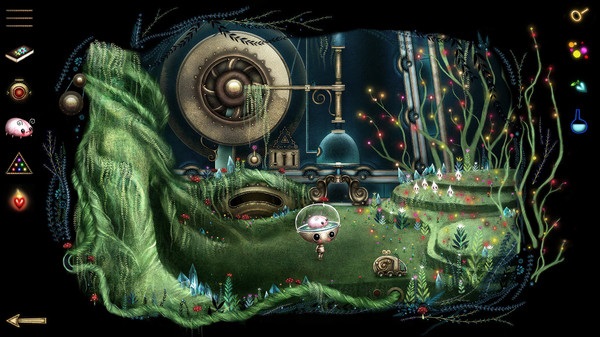 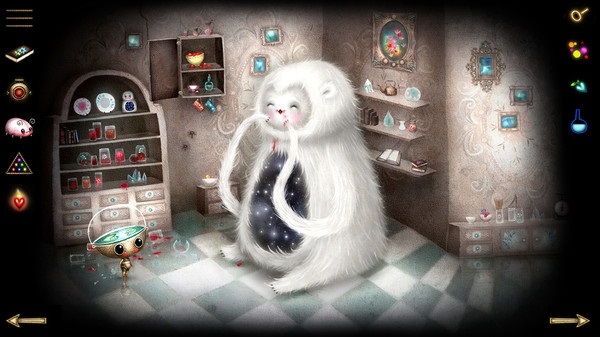 Ghost on the Shore, from developer like Charlie, is a classic adventure game, with 3D graphics this time, and full 360° range camera view, so you can really explore every inch of the environment.  You play as Riley, a woman who finds herself on a deserted island, with the voice of Josh in her head, a ghost who used to live there, but doesn’t remember much.  You’ll need to roam around the island in search of clues, to help him remember who he was, and discover what happened to all the other people.  Explore ruins, lush shorelines, and cliffside paths.  Come across other ghosts, the glowing Will-o’-Wisps, and listen to their stories.  Find helpful books and drawings, collect useful items, and choose your own responses in conversations with Josh, which will have an effect on your developing bond with him, and the progression of the plot.  I like this aspect of the game, but I wish the conversations weren’t timed, because that led to dialogue options being chosen by default, that I may not have picked had I been given more time to read and consider them all.  This classic adventure style of game is right up my alley, speaking to my gaming roots, so I look forward to investigating the island further when it releases, which is at some undisclosed time in the future. 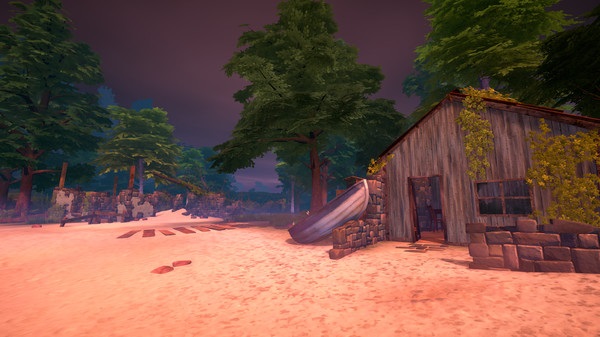 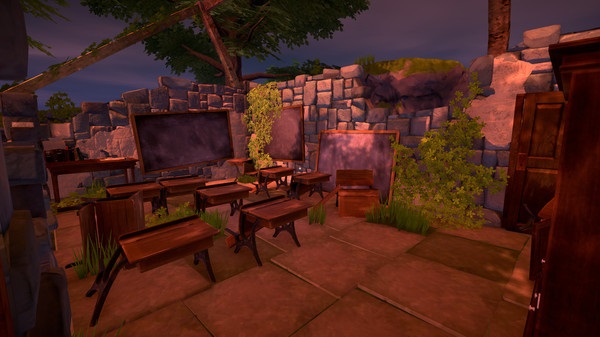 Haiki, from developer Richard Hörnig, is a 2D Platformer, which requires a lot of precision jumping.  It features a cute little, white, blobby character, who is apparently the severed head of the titular Haiki, jumping from ledge to ledge, dodging dangers like lasers, chasms, and lots and lots of spikes.  It looks like a pretty basic game at first glance, but it soon becomes frustratingly hard, at least for me.  Honestly, I got annoyed at its difficulty fairly quickly, as repeatedly dying 2 seconds into a level isn’t all that fun to me.  I’m not overly excited about this game myself, but if you love to watch your character die, and have to restart levels over and over again, until you finally manage to land exactly right on every ledge or floating platform, then you’ll probably love this.  I think this type of game speaks to players with far more patience and inherent perfectionism that I have. 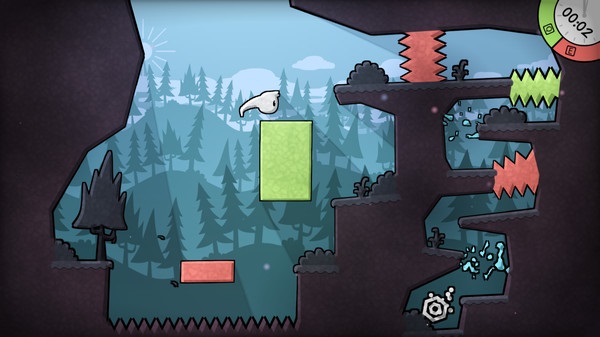 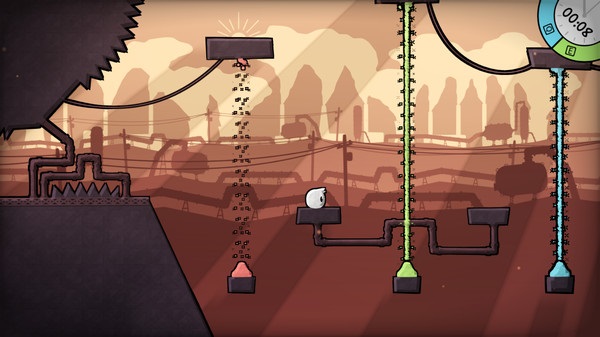 Rosewater is set in the Old West, in a little town of the same name.  It’s a retro-style 2D adventure game, based VERY heavily on conversation.  The lead character, Harley, isn’t terribly appealing, with a brusque personality, and kind of rude conversation style.  She’s not someone I’d enjoy playing as for hours on end.  She’s in Rosewater to take a job at the local newspaper, and begrudgingly accepts an assignment to interview a famous sharp shooting entertainer.  The 1st hour I played was pretty boring, with SO much slow, dull dialogue, including a lot of exposition that went no where.  I was literally falling asleep while playing, and the loud ticking clock on the wall of the Sheriff’s office, as I talked with him for a prolonged time, didn’t help this dilemma.  I enjoyed the last title I played from developer Grundislav Games, which was Lamplight City, but I can’t say I’m excited about this game’s 2021 release.  Perhaps when the full game comes out, and I can experience the wider plot, which is said to be a hunt for a missing fortune, with 5 travelling companions to interact with, then I might discover more exciting elements and change my mind. 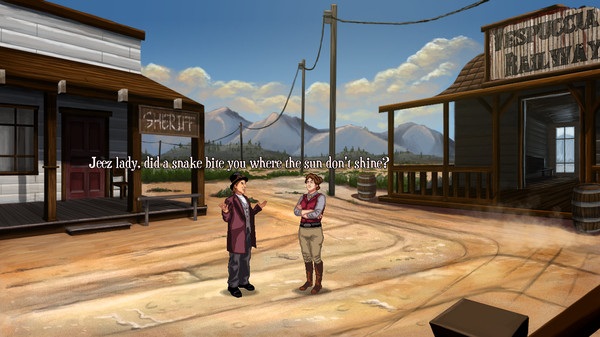 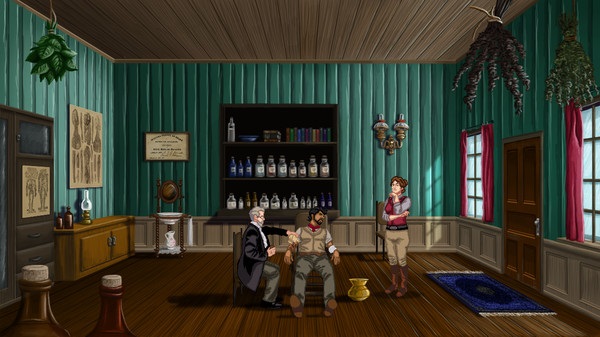 I enjoyed taking this sneak peek at all 5 of Application Systems Heidelberg‘s upcoming games lineup.  As you read, 3 of the 5 will likely be featured as full Editor’s Choice reviews when they release on Steam in the future, but the other 2 you’ll have to investigate further on your own.  Visit each of these games’ pages on Steam, by clicking on their titles above, and make sure to add them to your Steam Wishlist if they look like something you’d enjoy playing, so you’ll be notified when they get released.  Also take a look at the entire ASH catalogue on their Steam page, for titles that are available to purchase and play right now.  I especially recommend their February release of LUNA: The Shadow Dust.

Protect Yourself While Using Your Computer