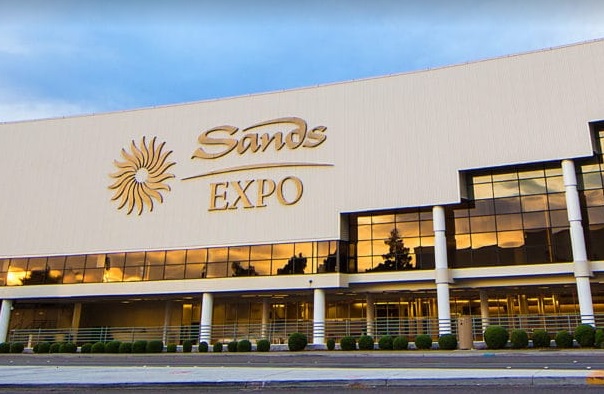 I know, I know, CES 2018 wrapped yesterday, Friday the 12th, 2018, so why am I just now posting coverage, you ask?  Well, the answer is simple…CES has just gotten WAY too huge for me to single-handedly cover the entire vastness of the show, and write about it at the same time.  If Google ever comes out with a Time Turner (that’s a Harry Potter reference, you Muggle), and I can add a couple extra hours to each day, I’ll be more than happy to fill them by posting articles.  This year, though, I decided the best way for me to make sure not to miss any cool products that I could share with you, was to hold the write-ups until after.  I DID find some great stuff, so the wait was well worth it, and my time spent scouring the show floors was more productive for it.

I plan to post an entire article dedicated to the delights of the LVCC and Sands Convention Center, but right now I just wanted to give you an overview of what the show is like, in case some of you have never read coverage on it before, here or elsewhere.  CES is the largest technology trade show in the world, and this year it was the biggest it has ever been during its 51-year history!  This measurement refers to both the sheer size and scope of the show, as well as attendance levels.  Almost 4,000 exhibitors spread themselves across 2.75 million square feet of space, spilling out of the LVCC and Sands Convention Center (2 places where it had been confined not too many years ago) and into hotel suites, ballrooms, and even restaurants up and down the Strip.  You may begin to understand how epic of a feat it is to try and see everything in a few short days.

This year was extra eventful, and not just because of the shiny tech reveals.  As I’m sure you’ve heard by now, Tuesday, the opening day of CES, was met with quite a lot of rainfall, turning parts of the Strip into ponds, lakes, and gently “raging” rivers.  If you didn’t bring your galoshes, you were probably met with the decision to ruin your dress shoes and pant legs, or miss a potentially exciting meeting.  There were leaking ceilings in several exhibit spaces, and Google had to shut down one of their giant Gumball Machine attractions (more on that in a later article) due to it not being waterproof.  Wednesday dawned sunny and dry, aside from the stray puddle, but around 11 a.m. the Central Hall of the LVCC went completely dark, and stayed that way for nearly 2 hours.  Frustrated attendees waited outside the doors, stacked 20 people deep, waiting for their chance to get back in the hall.  Thursday, fortunately the skies didn’t open up, and the power didn’t go out, but Mike Pence decided it was the perfect time to come to town.  This meant that, for a good chunk of time in the middle of the day, shuttle service between the LVCC and the Sands Convention Center (the 2 main hubs of the show) was cut off, and there were several street closures surrounding the Sands as well.  So, if you needed to go between the 2 at all, you had the choice to walk a mile and a half in the now surprisingly hot sun, or hope you got a Lyft driver who knew a way around the road blocks…I should’ve walked.

Some big themes this year, in my opinion, were smart cars, smart homes, the ever expanding IoT, and of course, Google, which was absolutely everywhere at CES.  Again, much more on that later.  There’s always massive booths on the show floors, paid for by the biggest and loudest of the world-renowned tech giants.  Some of them are filled with nothing but flashy filler, while others have some genuinely interesting stuff.  I tend, though, to like the smaller companies a little better, those with less money, less fame, but a killer product.  Over the next few articles, aside from the one on Google, obviously, I’ll be introducing you to all sorts of hidden treasures, which might otherwise get stuck between the giants, along with some of those same giants for obligatory good measure.  Come back for posts on the 2 huge Press parties, Digital Experience later tonight, and ShowStoppers tomorrow, where I always manage to find some innovative goodies, as well as the previously promised post on the products from the show floor.