Taking the Mystery Out of Home Office Computers 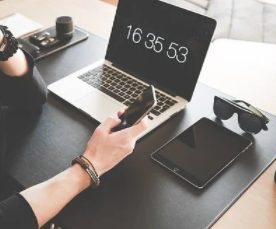 Home office technology should not seem like a mystery to you since it is the basic toolkit you need for your livelihood. It is important that you understand what basic technology you need and understand how that technology works. So, this article is all about taking the mystery out of your technology. 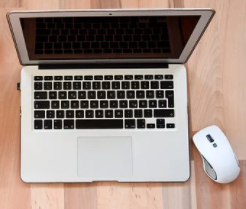 Depending upon what tasks you need to perform in your home office, you could possibly get by with a computer tablet and smartphone, or you may need a powerful desktop computer with multiple monitors, multipurpose printer, professional microphone, camera, LED studio lighting, and a drawing tablet for legible notes and signatures. Whatever technology you need, it is always useful to understand some basic things about computers in general. It is amazing that while the speed and size have changed throughout the years, the basic structure of computers has not changed at all.

Personal computers are not complicated. At first glance, the computer may appear to be a mysterious device filled with complex circuit cards, computer chips, and software. But if we break it down logically, the computer is not very complicated at all. Now, I’m not talking about the genius behind the circuits and operating system that take a rocket scientist to understand, I’m talking about the basic operations of a computer.

When you look at a desktop or laptop computer, you see a keyboard, a monitor, and a case. The keyboard may look a little frightening at first, with all the specially marked keys, but let’s follow its evolution. The first keyboards looked just like a typewriter keyboard, with only one extra button to send information to the computer. When the keyboard began to be used on personal computers, around the year 1982, users began to demand more keys. Accountants wanted a 10-key number pad (found at the far right of some keyboards), and game players wanted arrow buttons to direct their game movement (found imbedded in the number pad, and repeated again between the number pad and the letter keys for the users who wanted quick access to both numbers and arrow keys.) Users also began to demand special keys to do things like bold a word, italicize a sentence, and so on. Thus, the Control key was born (Ctrl on most keyboards.) By pressing this at the same time you press another key, you can easily do things like bold (Ctrl + B), italicize (Ctrl + I), delete (Ctrl + X), copy (Ctrl + C), paste (Ctrl + V), and so on. These short cuts were great for touch typists who did not want to take their hands off the keyboard to use a mouse.

Soon, though, we ran out of key combinations and had to add an alternative control key, labeled the (Alt) key. When key combinations became a little confusing, users began to demand single keys to do specific functions, like bringing up “Help” information. Thus, the function keys were born (found at the top of the keyboard as F1, F2, etc.). Finally, we have the “Escape” (Esc) key (top left of keyboard) to help us escape from silly errors; the Delete and Insert keys (between the number pad and character keys) to delete and insert text; Home, End, Page Up/Down keys to quickly move through documents; and a few keys seldom used by most people, like Scroll Lock, Pause, and Print Screen (PrtScrn), which will NOT print your screen in most situations but will take a snapshot of your screen so you can then open Paint and paste in the image of your screen for editing or printing.

The monitor is like your television. It has an on/off button, usually vertical/horizontal adjustments, contrast and brightness knobs, and image controls. It’s rather simple to operate. Generally, the monitor control buttons are at the bottom right of the monitor, either facing front, or on the bottom of the monitor.

Finally, we have the computer case. The first thing you will notice is there are various sized slots on the sides (laptop) and back (laptop and desktop PC).  Depending upon the model of your computer, you could also have a CD-ROM or a DVD drive, which can be used for playing DVDs, loading software, and creating backup DVDs to prote

ct your data, picture, and video files.  The various sized slots are used to plug in an external monitor, microphone, speakers, flash drives (also called memory sticks), and USB cords for charging your phone, cameras, and connecting other external devices.

Inside the computer are two important items, the hard drive, and the memory. The hard drive is used to record and save information on hard magnetic disks or on solid state drives (SSD).  This is where your computer stores your application programs (word processor, spreadsheet, games, etc.) and your data files (documents, pictures, videos, etc.). The memory refers to several computer chips with millions/billions of tiny switches, used as the work area for the computer, which is also called the desktop.

Let’s use a standard office desk for an analogy. The computer’s hard disk is equivalent to the desk drawers, which can store hundreds of files. The computer’s memory is equivalent to the top of the desk (desktop), where you can only work on a few files at a time. Both hard disks and memory are measured in bytes (equivalent to a character). A kilobyte (KB) is roughly a thousand characters; a megabyte (MB) is roughly a million characters; a gigabyte (GB) is roughly a billion characters. The more bytes available on your hard disk, the more files you can store. The more bytes available in memory (for the desktop), the more things you can work on at one time.

When buying a new computer, it is always a good rule to get as much memory and as large a hard drive as you can practically afford. You cannot buy too much memory or too large a hard drive. The more memory you have, the more things you can do at one time, and the faster your programs will run. The larger your hard drive, the more programs and information you can store. Just like you always seem to need a larger desk to hold all the things you are working on, and larger desk drawers to store all the things you want to store, you will always want more computer memory and hard drive space. You will never feel that you have too much memory to work on all the programs you want to use, or that you have enough hard drive space to store all the programs, pictures, videos, songs, and documents you want to store.

One of the largest hard drive hogs is your digital camera.  Many digital camera owners leave their cameras on the default high resolution setting, and then only use their photos on the Internet.  High resolution images are only needed if you are going to print very large prints. Medium- or low-resolution photos are sufficient for Internet viewing and up to 4×6 prints.  The difference between high-resolution and low-resolution photos is incredible when it comes to how fast you fill up your camera’s memory card, and your hard disk or flash drive for backups.

When purchasing a new laptop, tablet, or desktop PC, look for sales on those that use SSD memory rather than mechanical hard drives.  SSD memory has no moving parts making it faster and more reliable.  When powering up a laptop with SSD memory, it takes seconds rather than minutes.